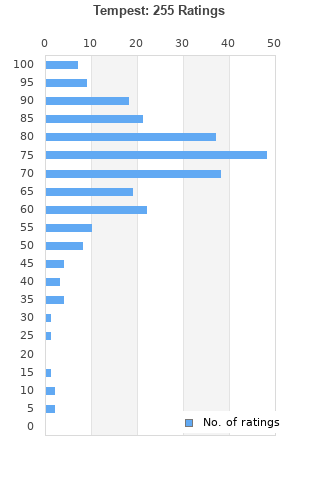 Tempest is ranked 19th best out of 69 albums by Bob Dylan on BestEverAlbums.com.

The best album by Bob Dylan is Highway 61 Revisited which is ranked number 23 in the list of all-time albums with a total rank score of 41,701. 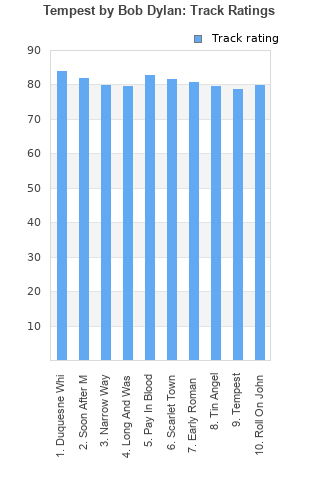 Outliers can be removed when calculating a mean average to dampen the effects of ratings outside the normal distribution. This figure is provided as the trimmed mean. A high standard deviation can be legitimate, but can sometimes indicate 'gaming' is occurring. Consider a simplified example* of an item receiving ratings of 100, 50, & 0. The mean average rating would be 50. However, ratings of 55, 50 & 45 could also result in the same average. The second average might be more trusted because there is more consensus around a particular rating (a lower deviation).
(*In practice, some albums can have several thousand ratings)
This album has a mean average rating of 71.0/100. The trimmed mean (excluding outliers) is 71.9/100. The standard deviation for this album is 16.1.

Dylan's last album of original material up to 2016. Again, it's got a similar feel to all his recent records. It's got some good stuff on here, and some not so good. Best tracks are the lovely, soon after midnight, the angry, pay in blood, and the excellent, scarlet town. Thankfully, Dylan, keeps the album's twelve bars down to just two. Best of the two is, early Roman kings, narrow way, is just a little too long. Talking about length, the title track seems to go on forever. It's good, but it is way overlong. At least it's not as boring as the dreadful, tin Angel, dull, dull, dull. The rest is good, with a heartfelt tribute to John Lennon ending the album. Will this be Dylan's last album of original material? Only Dylan knows. Let's hope it isn't.

Love this album. I love the whole "Mod-Bob", cowboy bluesy Bob period best (97 to current). His 60's catalgoue is unparrlelled but his delivery, with the aged voice (croak-howl), just moves me. Anyhow fav tracks: Duesquesne Whistle, Soon After Midnight, Long and Wasted Years, Pay in Blood (but I do wished a better "take" was used for the finished product. The opening is just too rugged. I just love the title track 14min+ Titanic voyage "Tempest". Scarlet Town is also fantastic. Narrow Way is a barnburner but is few minutes too long imo. Early Roman Kings is solid. Tin Angel I can never quite make my mind up (back n forth with this one) & the John Lennon tribute song "Roll On John" I don't often listen to much. Was extremely happy with this effort from "The Picasso of Song"! MEZ

'Roll On John' is the ending of a story. The closing of a book. I hope music can see new stories develop. Ones where people want to change the world rather than show how "indie" or hip they are. Where people strive for greatness instead of being another bed room artist. The world is moving. Times are changing. The whole album stands as a testament to the power of music. Goodnight Bob. You did good.

"Pay in Blood" is the standout track.

I love Bob, but this is just a much worse version of some territory he's already beaten. It doesn't matter if it's one of the best albums he's put out in years, it's still uninteresting.

i have to, not strongly, disagree with daftpunter about the remarks concerning your lovely voice, mr zimmerman

As usual Bob surrounds himself with Bluesy old pros who simply know how to play. Hildago is a personal favorite and always livens up the party. The topics are solid, the lyrics clever, the music is top notch. But Bob...maybe Santana has something with the "let someone else sing the songs" bit. I loved Bob's voice until about the mid 90's, then the tobacco and age simply caught up with it. It's a horse-croak that wouldn't be allowed in a home for the deaf. So prominent it simply takes me off kilter, killing the tunes. I love ya Bob but I'll dock ya heavy for that death prattle of a voice. 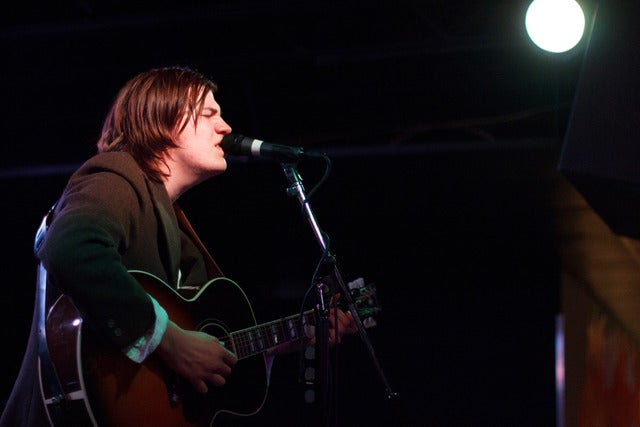 Your feedback for Tempest