The Haunted Man (album) by Bat For Lashes 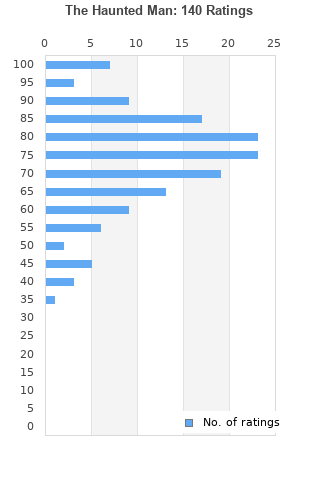 The Haunted Man is ranked as the best album by Bat For Lashes. 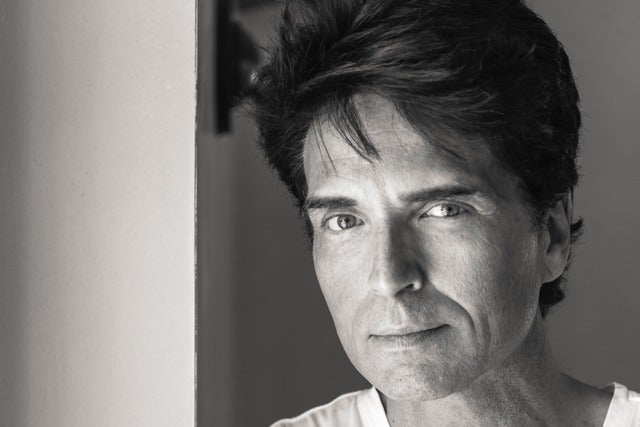 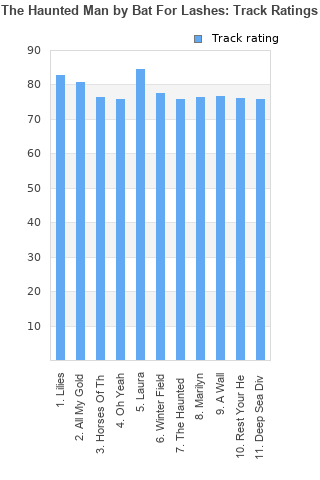 Rating metrics: Outliers can be removed when calculating a mean average to dampen the effects of ratings outside the normal distribution. This figure is provided as the trimmed mean. A high standard deviation can be legitimate, but can sometimes indicate 'gaming' is occurring. Consider a simplified example* of an item receiving ratings of 100, 50, & 0. The mean average rating would be 50. However, ratings of 55, 50 & 45 could also result in the same average. The second average might be more trusted because there is more consensus around a particular rating (a lower deviation).
(*In practice, some albums can have several thousand ratings)
This album has a mean average rating of 74.0/100. The trimmed mean (excluding outliers) is 73.9/100. The standard deviation for this album is 13.8.

Man, Natasha doesn't get any love on this site. She's incredible.

Some great music on this album, deserved greater recognition (in the UK anyway) instead of the tired old comparisons to Kate Bush et al. Here she is developing into a strong individual artist in her own right.

No weak songs, great songwriting and music, one of the best records in 2012.

For an artist I'd previously dismissed as middling indie-pop, I cannot. Believe. How good. This album is.

She sounds frail and vulnerable and she's coming from a very feminine place, with song titles like "laura", "marilyn", "lilies" and "horses in the sun". Not to say she doesn't bring power in her voice or lyrical content -- this is definitely not the sun-drenched, lazy-day afternoon of the best coast, for example, but she is as nearly naked on this album as on the cover.

Your feedback for The Haunted Man