Konk (studio album) by The Kooks 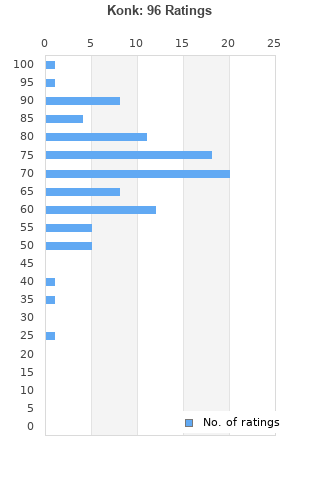 Konk is ranked 2nd best out of 6 albums by The Kooks on BestEverAlbums.com.

The best album by The Kooks is Inside In/Inside Out which is ranked number 2118 in the list of all-time albums with a total rank score of 774. 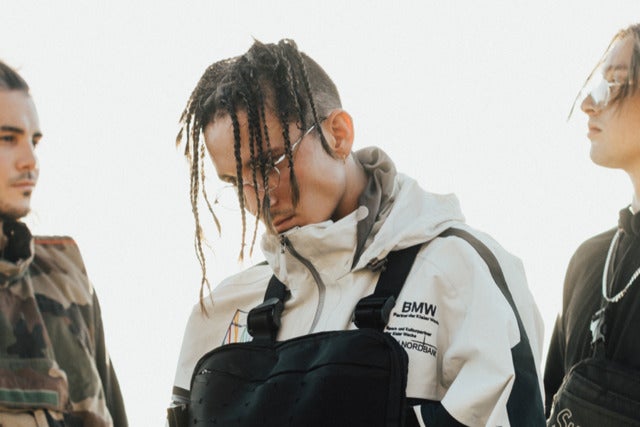 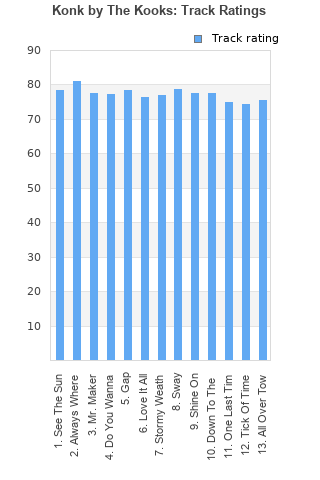 Rating metrics: Outliers can be removed when calculating a mean average to dampen the effects of ratings outside the normal distribution. This figure is provided as the trimmed mean. A high standard deviation can be legitimate, but can sometimes indicate 'gaming' is occurring. Consider a simplified example* of an item receiving ratings of 100, 50, & 0. The mean average rating would be 50. However, ratings of 55, 50 & 45 could also result in the same average. The second average might be more trusted because there is more consensus around a particular rating (a lower deviation).
(*In practice, some albums can have several thousand ratings)
This album has a Bayesian average rating of 71.5/100, a mean average of 70.9/100, and a trimmed mean (excluding outliers) of 71.3/100. The standard deviation for this album is 12.8.

Konk takes the infectious melodies, simple but fine lyrics and memorable choruses that formed the best parts of Inside In/Inside Out and utilize them to form what is arguably the most consistent and radio-friendly album, within The Kooks' brief discography. While the Britpop and classic British rock roots are still there, and noticeably so on most tracks, there is an obvious sense of pop songwriting over the singles. The noisy filler songs from the debut are gone and every song on this album has a simple and more or less memorable melody. That's an immediate improvement from their debut, which is fondly remembered solely for its strong singles.

Despite the wider emphasis on melodies, Konk is still very much a pop-rock album of the post-Britpop era. It's guitar-driven and rhythmic, but less nosy and immediately energetic. The lyrics still revolve around love, women and the high life, as any good rock song does. The first half is incredible, with songs like See The Sun and Mr Maker standing out. The second half feels somewhat more repetitive and contains a few forgettable tracks (Sway, Down To The Market) but mostly keeps the quality of the first half.

Very pleasantly surprised ....,solid album throughout -----
Especially "always where I need to be", "and down to the market "

It's an ok album, some good songs in here. Really catchy pop

Your feedback for Konk