The Notorious Byrd Brothers (studio album) by The Byrds 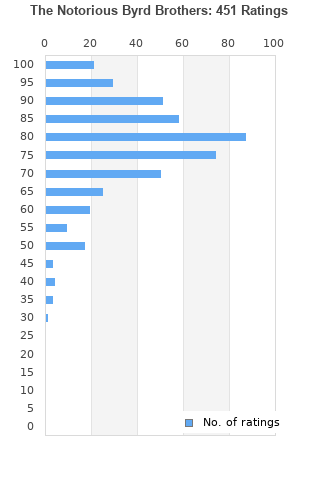 The Notorious Byrd Brothers is ranked as the best album by The Byrds. 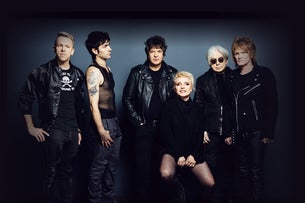 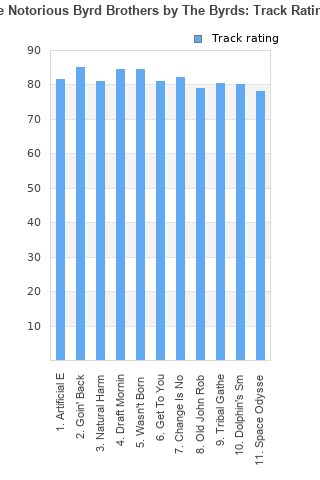 Rating metrics: Outliers can be removed when calculating a mean average to dampen the effects of ratings outside the normal distribution. This figure is provided as the trimmed mean. A high standard deviation can be legitimate, but can sometimes indicate 'gaming' is occurring. Consider a simplified example* of an item receiving ratings of 100, 50, & 0. The mean average rating would be 50. However, ratings of 55, 50 & 45 could also result in the same average. The second average might be more trusted because there is more consensus around a particular rating (a lower deviation).
(*In practice, some albums can have several thousand ratings)
This album is rated in the top 3% of all albums on BestEverAlbums.com. This album has a Bayesian average rating of 78.0/100, a mean average of 77.6/100, and a trimmed mean (excluding outliers) of 78.1/100. The standard deviation for this album is 13.3.

Trippy, folky, psychedelic - it should be great but apparently it lacks something for me. This is unique and intriguing sound, but at the same time it fades into the background.

I enjoyed this without it coming near my top 100

Lovely mix of psychedelic country folk rock. Really comes together in the middle. The songs work so well in sequence of each other and the fade in between them accentuates that. "Space Odyssey" is goofy but kind of neat. Could be their best but I haven't heard anything after it yet.

It's funny that literally always what people do first when they get a new instrument in their hands, is just make the same shit but with a new instrument. The theremin was at its conception only used as a replacement for a soprano voice and it took until the Beach Boys to do something interesting with them. An other example - why not, I got time - is the electric guitar itself, just look up the first recordings with electric guitars in the '40s, you'll ask yourself why they bothered to use one. The same here with the Moog synthesizer. I can almost hear Ralph und Florian thinking in the background "I can do this better". Anyway, other than that, it's a great record; they've created a rather distinctive sound at this point and almost can't go wrong anymore.

Not exactly a magnum opus, but I enjoyed it. The production is quite thin most of the time, occasionally blasting out. The vocals sound sped up, like the singer was sucking on helium before he recorded. I do enjoy the guitar and bass interplay throughout.

I absolutely love this album, particularly the first two tracks. A psychedelic masterpiece. One of my most listened to psychedelic albums. Definitely the best Byrds album.

The bonus track Universal Mind Decoder is definitely worth a listen; the last seven minutes or so is some interesting studio chatter. Crosby and McGuinn give the drummer Michael Clarke all kinds of grief while trying to get the sound they want from him, but also the two of them going at each other. The sound of a band falling apart.

Terrific album, as everyone has said.

Without question, the Byrds' best. Not a bad track of the lot. From the weird to the wonderful to the sublime, the band hit this one out of the park. Favorite tracks are Goin' Back, Natural Harmony and Draft Morning. A true classic, it should be rated higher.

My favorite Byrds album without a doubt. It flows and ebbs with some kind of manic, yet restrained, energy. I’m disappointed that the average rating isn’t a bit higher, but it’s probably a case of age slightly affecting an album’s sound. A must listen for anyone even semi-interested in the evolution of psychedelic/folk rock. Underrated for sure.

Your feedback for The Notorious Byrd Brothers