Odessey And Oracle (studio album) by The Zombies

Odessey And Oracle by The Zombies
Year: 1968
Overall rank: 88th 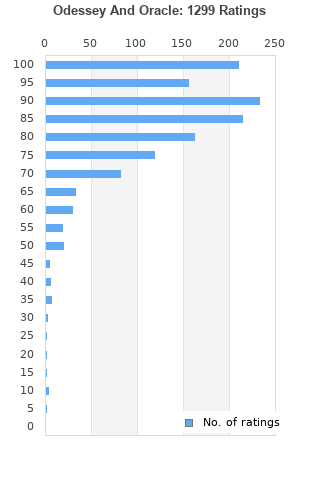 NEW Zombies ODESSEY & ORACLE RSD 2018 New Vinyl Picture Disc LP
Condition: New
Time left: 11h 10m
Ships to: Worldwide
$38.90
Go to store
Product prices and availability are accurate as of the date indicated and are subject to change. Any price and availability information displayed on the linked website at the time of purchase will apply to the purchase of this product.  See full search results on eBay

Odessey And Oracle is ranked as the best album by The Zombies. 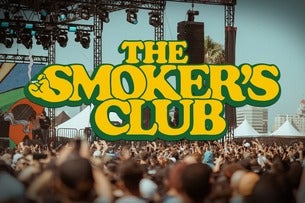 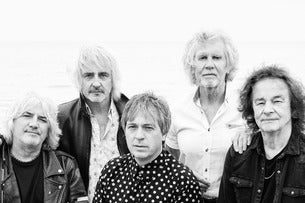 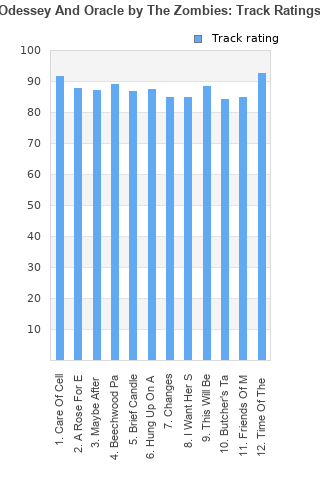 Rating metrics: Outliers can be removed when calculating a mean average to dampen the effects of ratings outside the normal distribution. This figure is provided as the trimmed mean. A high standard deviation can be legitimate, but can sometimes indicate 'gaming' is occurring. Consider a simplified example* of an item receiving ratings of 100, 50, & 0. The mean average rating would be 50. However, ratings of 55, 50 & 45 could also result in the same average. The second average might be more trusted because there is more consensus around a particular rating (a lower deviation).
(*In practice, some albums can have several thousand ratings)
This album is rated in the top 1% of all albums on BestEverAlbums.com. This album has a Bayesian average rating of 84.7/100, a mean average of 83.9/100, and a trimmed mean (excluding outliers) of 84.8/100. The standard deviation for this album is 13.9.

@2nd-Impressions Nonsense. Hung Up on a Dream is maybe the most gorgeous song they ever wrote. Time of the Season is cool but not great and doesn't even fit the spirit of the album that well. They were clearly trying to recapture She's Not There's vibe to craft another hit single.

Very good baroque pop album, even for someone like me who isn't crazy about baroque pop. There are enough enjoyable rock moments here for anyone, and if you're looking for dark, pretty lyrics and harmonies, you've come to the right place. I have a hard time calling this one of the all-time greatest albums, just based on personal preferences (Care of Cell 44 is the only absolute standout here), but it does do a heck of a lot right. Deserves to be listened by everybody at least once.

The mix between psychedelia and a winking wholesomeness makes it far more interesting than most bands output at the time.
The zombies had a clear distinct identity its a shame the broke apart so soon, still how could they have topped this

I always felt that if The Zombies had stayed together, they would've blown up. For me, this album ranks with Pet Sounds and Revolver.

The first half of the album holds up as one of the best ever. The songs contain deceptively tricky melodies and uncommon chord progressions, yet still are readily accessible.

I really wish more people would give this album a try.

the superb Time Of The Season

Top album pick: Time of The Season. But this album has some interesting music to offer.

A superb whimsical psychedelic album. I love the vocal harmonies, organ soloing on Time Of The Season and flute flourishes in other places on the album. Love it!

Your feedback for Odessey And Oracle