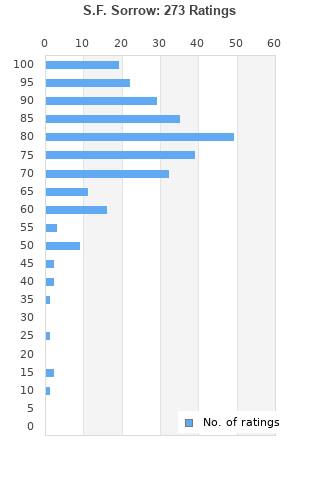 S.F. Sorrow is ranked as the best album by The Pretty Things. 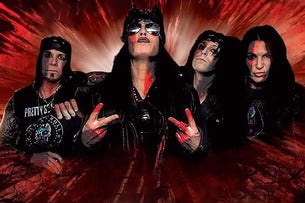 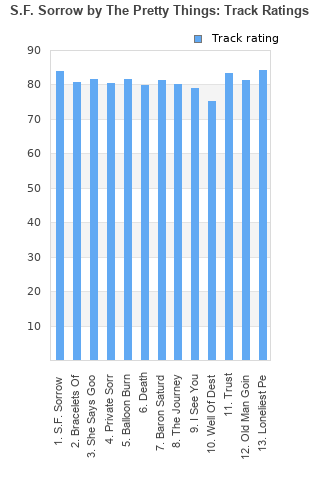 Rating metrics: Outliers can be removed when calculating a mean average to dampen the effects of ratings outside the normal distribution. This figure is provided as the trimmed mean. A high standard deviation can be legitimate, but can sometimes indicate 'gaming' is occurring. Consider a simplified example* of an item receiving ratings of 100, 50, & 0. The mean average rating would be 50. However, ratings of 55, 50 & 45 could also result in the same average. The second average might be more trusted because there is more consensus around a particular rating (a lower deviation).
(*In practice, some albums can have several thousand ratings)
This album is rated in the top 2% of all albums on BestEverAlbums.com. This album has a Bayesian average rating of 78.7/100, a mean average of 77.9/100, and a trimmed mean (excluding outliers) of 78.9/100. The standard deviation for this album is 15.0.

Always a big pleasure to listen; as every concept album/opera rock, it gets more and more points if listened from the beginning till the end no stop.

Got sucked into the album in the first listen. This is a really crazy psychedelic story about some strange guy named SF Sorrow. There are some really trippy songs on here, my favorites being Baron Saturday and Defecting Grey. There’s great guitar playing throughout and this band can really rock. This has become one of my favorite albums ever after a random encounter with it a few days ago. This is a highly under rated album. There’s a dark sort of theme throughout this album that for some reason gives me Courage the Cowardly Dog vibes. SiTtInG aLoNe On A bEnCh WiTh YEW!

An album that while very much of its time, is never a boring listen. It's often called the first rock opera, but the storyline becomes a bit incoherent lyrically. Interesting to listen to this against some of the albums doing the same thing in the era ("Tommy" and "Arthur" come to mind immediately) and compare/contrast.

S.F. Sorrow contains a lot of what makes music from the 60s appealing. The Beatles' pop sensibilities and chemistry, The Velvet Underground's willingness to push the boundaries of rock music, The Who's loudness and rock 'n' roll. And to tie it all together, this S.F. Sorrow may very well be the first ever rock opera. I'm glad to see it hasn't been completely forgotten on this website.

Excellent album. Takes a few listens to get into but once you do you are rewarded time & time again

Pretty much underrated! They are way ahead of their time.

One of the best - and perhaps the most musically prophetic - albums of the 60’s. Aspects of it are so way ahead of its time that it shocks you on first listen.

In terms of comparisons to Tommy and whether it influenced that album. I don’t find it at all similar other than the conceptuality of it. It is also a way better album than Tommy which is a prime example of trying way to hard.

Your feedback for S.F. Sorrow