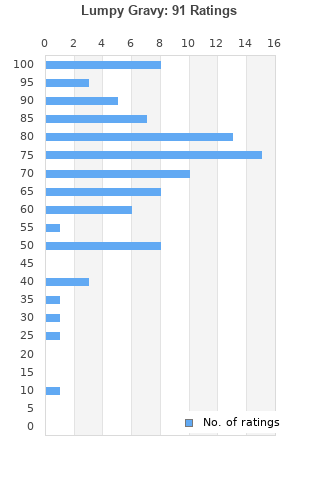 FRANK ZAPPA - Lumpy Gravy Primordial LP Vinyl Album - Record Store Day RSD 2018
Condition: New
Time left: 15h 20m 34s
Ships to: Worldwide
$29.99
Go to store
Product prices and availability are accurate as of the date indicated and are subject to change. Any price and availability information displayed on the linked website at the time of purchase will apply to the purchase of this product.  See full search results on eBay 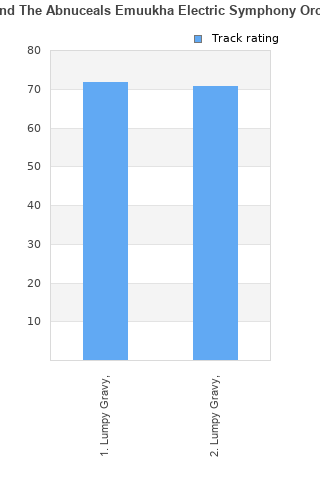 Rating metrics: Outliers can be removed when calculating a mean average to dampen the effects of ratings outside the normal distribution. This figure is provided as the trimmed mean. A high standard deviation can be legitimate, but can sometimes indicate 'gaming' is occurring. Consider a simplified example* of an item receiving ratings of 100, 50, & 0. The mean average rating would be 50. However, ratings of 55, 50 & 45 could also result in the same average. The second average might be more trusted because there is more consensus around a particular rating (a lower deviation).
(*In practice, some albums can have several thousand ratings)
This album has a Bayesian average rating of 73.3/100, a mean average of 72.6/100, and a trimmed mean (excluding outliers) of 73.4/100. The standard deviation for this album is 18.0.

Silly little thing. Entertaining for a listen or two because of the humor. Some interesting musical sections.

Pretty big fan of Zappa, but... what is this? The spoken passages are just nonsense and the music in between isn't really worth sitting through the rest of it. Apparently this was one of Zappa's favorites of his own discography. I can't begin to understand why. The classical-ish stuff and the jazz fusion-y stuff is fine, but really. There's not really a reason to listen to this when you could listen to literally anything else by Zappa. I'm pretty disappointed with this one, I never thought I'd ever find an album by him that I don't like.

I love Zappa, but this is horrendous. A complete waste of time, space and plastic. Almost unlistenable.

Your feedback for Lumpy Gravy