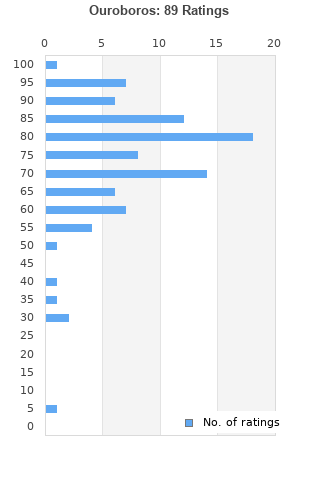 Ray Lamontagne Ouroboros Sealed Marble Vinyl Gatefold LP W/Hype Sticker
Condition: New
Time left: 10h 4m 13s
Ships to: Worldwide
$24.99
Go to store
Product prices and availability are accurate as of the date indicated and are subject to change. Any price and availability information displayed on the linked website at the time of purchase will apply to the purchase of this product.  See full search results on eBay

Ouroboros is ranked 4th best out of 8 albums by Ray LaMontagne on BestEverAlbums.com.

The best album by Ray LaMontagne is Trouble which is ranked number 2765 in the list of all-time albums with a total rank score of 535. 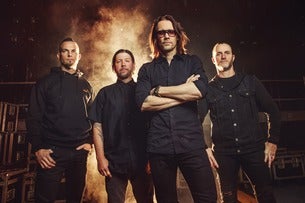 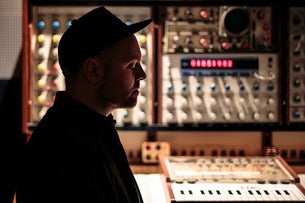 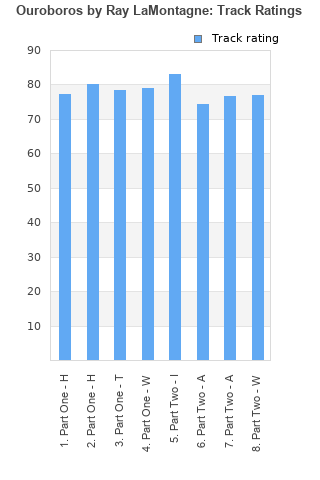 Rating metrics: Outliers can be removed when calculating a mean average to dampen the effects of ratings outside the normal distribution. This figure is provided as the trimmed mean. A high standard deviation can be legitimate, but can sometimes indicate 'gaming' is occurring. Consider a simplified example* of an item receiving ratings of 100, 50, & 0. The mean average rating would be 50. However, ratings of 55, 50 & 45 could also result in the same average. The second average might be more trusted because there is more consensus around a particular rating (a lower deviation).
(*In practice, some albums can have several thousand ratings)
This album is rated in the top 18% of albums on BestEverAlbums.com. This album has a mean average rating of 74.0/100. The trimmed mean (excluding outliers) is 74.9/100. The standard deviation for this album is 15.1.

Really great record with the guys from My Morning Jacket. If you like Pink Floyd and other space rock type stuff you'll dig this. I agree with the other users in that you must listen to this one on vinyl. It's a completely different experience and Hey, No Pressure has some solid extended jams that aren't on the radio version. I also love the closing line of the album: "You're never going to hear this song on the Radio, / but wouldn't it make a lovely Photograph?"

Very good album by Ray LaMontagne! It has space between the music, sounds epic. Reminds me of Pink Floyd's Dark Side Of The Moon.

Mellow and psychedelic, I breath of fresh air from all the noise out there. Just a pleasant feeling after listening to this. Keep going Ray with this genre. I love your concert in St. Louis, your sound is true to the record, not heavy production here.

Ray Lamontagne picks up on, ouroboros, where, supernova, left off. Personally, I don't think it's quite as good as it's predecessor. The songs here tend to drag a bit and take a while to get going, but repeated listens brings out the textures more and more. Not a great album then, but great to see Ray Lamontagne pushing forward, let's hope he continues on this journey on the next record.

Personally it seemed every album after Trouble has been inferior to the previous one. Till The Sun Turns Back was good but I lost interest with each new release. Supernova did nothing for me so I wasn't expecting much from this and almost didn't even give it a try. I am glad I did. This is his most compelling and best release since his debut and Jim James's production is top notch. They clearly work well together so hopefully they continue this collaboration for future projects.

YOU MUST LISTEN TO THIS ALBUM ON VINYL!!!
I've never listened to Ray LaMontagne's music until the last week, this is the first album of his I ever downloaded on Apple Music.
I have to say I enjoyed it, but not as much as his top two album Trouble & Till The Sun Turns Black. Reluctantly I bought this album on Vinyl because my husband really liked it.
WOW... after listening to this album on Vinyl, I have to bump up the rating to 85/100. The Vinyl is way better than the version on Apple Music, as this album is mastered for Vinyl user. You have to listen to this album on vinyl in order to get the full experience. So if you haven't listened to this album yet, don't listen to it on Spotify or Apple Music, get the Vinyl and you won't regret it! :)

After a diversion through 60s psych-folk, Ray has bumped up to 70s psych-folk. But where Supernova did nothing for me, this is great. It's like he and co-producer Jim James just sat around and listened to Pink Floyd's Meddle for days on end and then this happened. I am digging the sound of this record and I respect that it's meant to be consumed as an album. Indeed, my least favorite song is the one that was clearly meant to be the radio single, "No Pressure."

Ray goes full Pink Floyd on this uncompromising sonic adventure produced by My Morning Jacket's Jim James. Meant to be listened to as a whole, Ouroboros is as vital in today's vinyl resurgence as it is drenched in Lamontagne's influences. Although it can be derivative at times, this is a true artist pushing forward into new and exciting territory.

Your feedback for Ouroboros