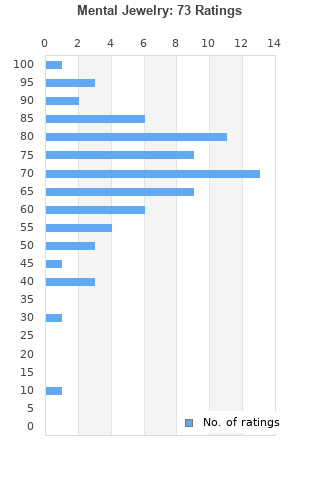 Live Mental Jewelry Cd
Condition: Good
Time left: 7h 41m 40s
Ships to: Worldwide
$1.99
Go to store
Product prices and availability are accurate as of the date indicated and are subject to change. Any price and availability information displayed on the linked website at the time of purchase will apply to the purchase of this product.  See full search results on eBay

Mental Jewelry is ranked 3rd best out of 11 albums by Live on BestEverAlbums.com.

The best album by Live is Throwing Copper which is ranked number 619 in the list of all-time albums with a total rank score of 3,102. 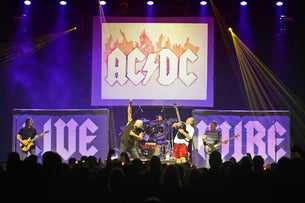 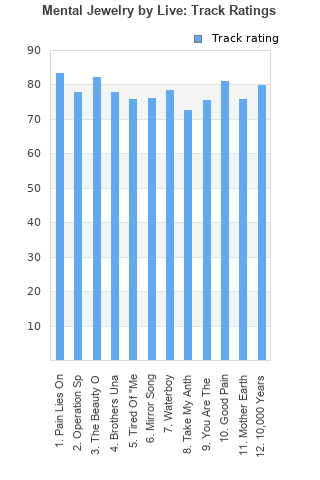 Rating metrics: Outliers can be removed when calculating a mean average to dampen the effects of ratings outside the normal distribution. This figure is provided as the trimmed mean. A high standard deviation can be legitimate, but can sometimes indicate 'gaming' is occurring. Consider a simplified example* of an item receiving ratings of 100, 50, & 0. The mean average rating would be 50. However, ratings of 55, 50 & 45 could also result in the same average. The second average might be more trusted because there is more consensus around a particular rating (a lower deviation).
(*In practice, some albums can have several thousand ratings)
This album has a Bayesian average rating of 70.7/100, a mean average of 69.4/100, and a trimmed mean (excluding outliers) of 70.3/100. The standard deviation for this album is 16.3.

Live's debut adds eastern spiritual influences and grandscope nature corniness to the grunge/alternative sound to make Mental Jewelry, a somewhat unique approach to the 90's sound at the time

Ed's voices is unique and full of range that makes this band stand out from their peers.

Without him and is unique and annoying lyrics, Live wouldn't be much different from other bands of the time. This is an average affair with tracks 1 and 3 being highlights

A really nice album, but very different from Throwing Copper. I especially like Pain Lies On The Riverside and The Beauty of Gray.

Live's first album. They already have their trademark big sound and big lyrical themes in place. A good debut but they would get better.

Earnest musings on big topics before the angst of grunge took hold of their sound. They sound more U2 than Pearl Jam on this release. It still takes me back to the college dorm singing along with my friends over and over.

Their philosophical musings on nature, history and religion took cohesive hold on "mental jewelry". It may seem over-the-top to some, but i enjoy the impassioned intensity of a band finding its voice. (And Ed sure has a distinct voice.)

Your feedback for Mental Jewelry