The Distance To Here (studio album) by Live 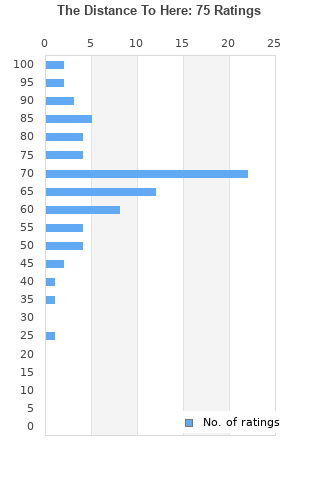 Live: The Distance To Here CD
Condition: Good
Time left: 2h 8m 37s
Ships to: Worldwide
$2.99
Go to store
Product prices and availability are accurate as of the date indicated and are subject to change. Any price and availability information displayed on the linked website at the time of purchase will apply to the purchase of this product.  See full search results on eBay

The Distance To Here is ranked 4th best out of 11 albums by Live on BestEverAlbums.com.

The best album by Live is Throwing Copper which is ranked number 633 in the list of all-time albums with a total rank score of 2,982. 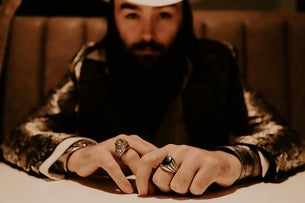 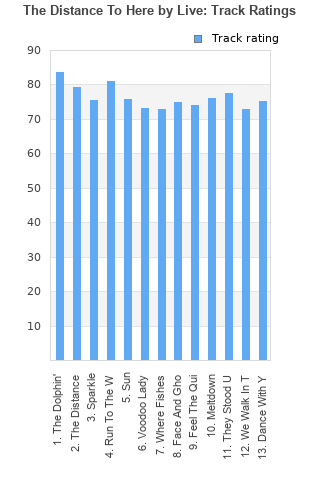 The Distance To Here rankings

The Distance To Here collection

The Distance To Here ratings

Rating metrics: Outliers can be removed when calculating a mean average to dampen the effects of ratings outside the normal distribution. This figure is provided as the trimmed mean. A high standard deviation can be legitimate, but can sometimes indicate 'gaming' is occurring. Consider a simplified example* of an item receiving ratings of 100, 50, & 0. The mean average rating would be 50. However, ratings of 55, 50 & 45 could also result in the same average. The second average might be more trusted because there is more consensus around a particular rating (a lower deviation).
(*In practice, some albums can have several thousand ratings)
This album has a Bayesian average rating of 69.3/100, a mean average of 68.1/100, and a trimmed mean (excluding outliers) of 68.8/100. The standard deviation for this album is 14.1.

The Distance To Here favourites

The Distance To Here comments

Definitely second-best after Throwing Copper. Not nearly as edgy as Secret Samadhi, a lot less heavy too. If you don't mind the themes you'll find the music good, with lots of splashy cymbals, guitars, and nice dusty organ. They Stood Up For Love is a cut above the rest, and I'm a fan of side 2 in general, which sounds a little less 90s and more like where this album goes. Nice effects throughout.

Distance to Here lightens the tone from Secret Samadhi with lyrics about dolphins and dancing. Already preachy, they had some corny to the lyrics. I mean look at some of these song titles;
Where Fishes Go, Children's Song, Feel the Quiet River Rage, Voodoo Lady??

but it's less memorable in its melodies overall. And Live's lyrics get harder and harder to stomach with their life lessons and corny all for love themes.

Lacks the standouts from the previous two albums. Still reaching lyrically, but lacks the melodic punch that held the work before together. It's good, but unremarkable.

Another good album from them. This is a much lighter album than Secret Samadhi, and it might be their lightest ever, but it maintains the lyrical depth and big sound that Live are known for. There are some weak moments but overall it's very good.

Your feedback for The Distance To Here