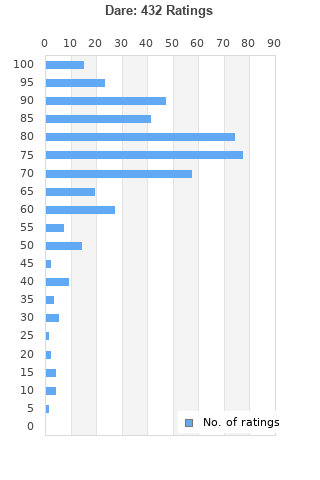 Dare is ranked as the best album by The Human League. 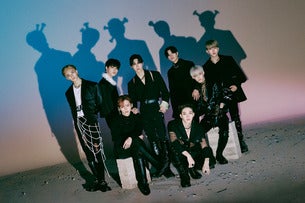 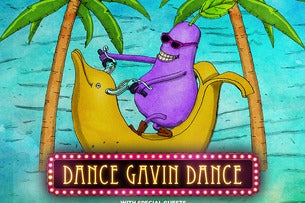 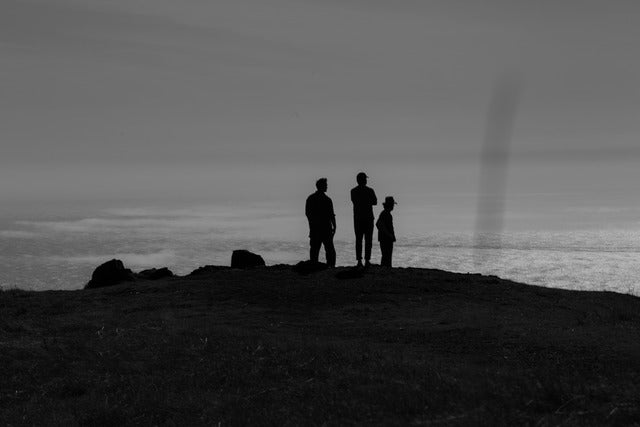 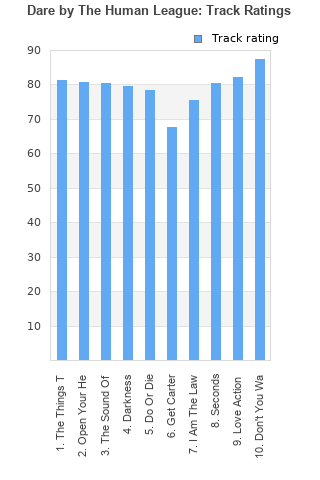 #
Track
Rating/Comments
1.
The Things That Dreams Are Made Of
Rating: 81 (78 votes)Comments:

Rating metrics: Outliers can be removed when calculating a mean average to dampen the effects of ratings outside the normal distribution. This figure is provided as the trimmed mean. A high standard deviation can be legitimate, but can sometimes indicate 'gaming' is occurring. Consider a simplified example* of an item receiving ratings of 100, 50, & 0. The mean average rating would be 50. However, ratings of 55, 50 & 45 could also result in the same average. The second average might be more trusted because there is more consensus around a particular rating (a lower deviation).
(*In practice, some albums can have several thousand ratings)
This album is rated in the top 10% of all albums on BestEverAlbums.com. This album has a Bayesian average rating of 75.6/100, a mean average of 73.9/100, and a trimmed mean (excluding outliers) of 75.6/100. The standard deviation for this album is 17.5.

Decent album. Classic 80s music for that kind of vibe. Pretty consistently good music throughout. No surprises that jump out except the last song.

A memorable album from my gay disco DJ times, I played it all the time

promising in some. disappointing in others

I like the sound on this album, but I did not care for most of the songs. Highlights: Darkness, I Am the Law, Don't You Want Me.

Classic album. Wonderful mix of pop at its best with electronic brilliance. A brilliant trio to open, great tracks like I Am the Law in between, and the two classic singles to finish.

No 808 or 303 on this. Drums are LinnDrum. Sleeve notes list all the gear they used. Great production by Martin Rushent.

Proof that minimalism works! A Roland TB303, a TR808, a couple of lead synths and a suitcase full of creativity. Although the lead vocal is not on a par with similar bands of the era, coupled with two female backing singers it really worked. After the departure of Ian Craig Marsh and Martyn Ware for Heaven 17, many thought it was the end of The Human League. This album certainly proved this was not the case. Essential eighties synth pop!

New Wave perfection. Great all the way through especially the second half. Synth heaven.

Your feedback for Dare