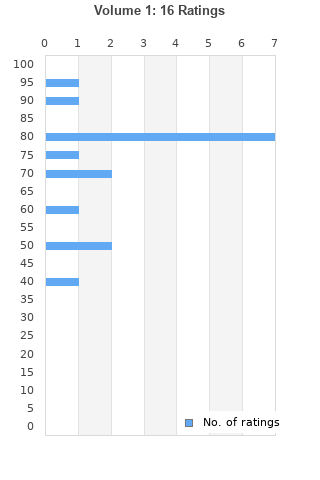 Pagan Altar - Volume 1 - UK original Cd 1st press Oracle Records Doom Metal
Condition: Like New
Time left: 24d 17h 20m 51s
Ships to: Worldwide
$149.99
Go to store
Product prices and availability are accurate as of the date indicated and are subject to change. Any price and availability information displayed on the linked website at the time of purchase will apply to the purchase of this product.  See full search results on eBay

Volume 1 is ranked as the best album by Pagan Altar. 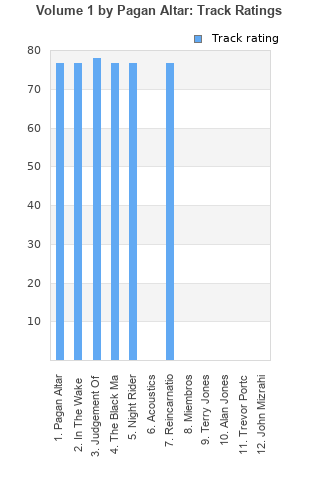 0
2.
In The Wake Of Armadeus
Rating: Not enough dataComments:

Rating metrics: Outliers can be removed when calculating a mean average to dampen the effects of ratings outside the normal distribution. This figure is provided as the trimmed mean. A high standard deviation can be legitimate, but can sometimes indicate 'gaming' is occurring. Consider a simplified example* of an item receiving ratings of 100, 50, & 0. The mean average rating would be 50. However, ratings of 55, 50 & 45 could also result in the same average. The second average might be more trusted because there is more consensus around a particular rating (a lower deviation).
(*In practice, some albums can have several thousand ratings)
This album is rated in the top 25% of all albums on BestEverAlbums.com. This album has a Bayesian average rating of 74.4/100, a mean average of 75.4/100, and a trimmed mean (excluding outliers) of 75.4/100. The standard deviation for this album is 14.7.

Now we are talking Doom incarnate with virtually no NWOBHM influence to speak of at all. Which cost them a record contract at the time! At the time their slow, doomy Sabbathian riffs sounded hopelessly out of date in 1982. So this demo tape from 1982 was floated around the metal tape trading community for over a decade before eventually it just became too big, too heavy, and ironically too fashionable to be ignored as slow became the new fast with bands like Sleep mining similar territory. Easily one of the best Doom albums of the 80s, and Pagan Altar should be mentioned right alongside Pentagram, St. Vitus and Trouble as the forefathers of Doom.

Your feedback for Volume 1