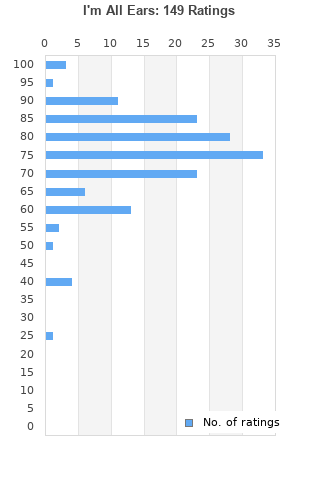 I'm All Ears is ranked as the best album by Let's Eat Grandma. 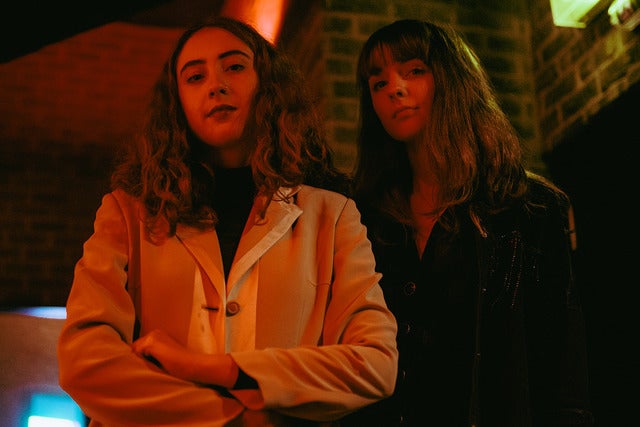 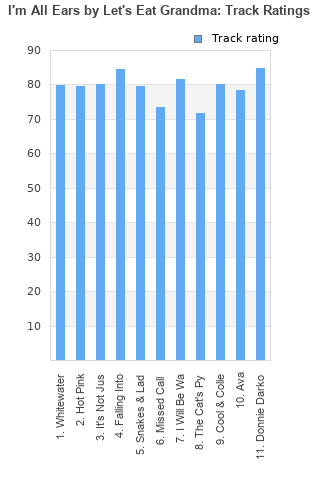 Rating metrics: Outliers can be removed when calculating a mean average to dampen the effects of ratings outside the normal distribution. This figure is provided as the trimmed mean. A high standard deviation can be legitimate, but can sometimes indicate 'gaming' is occurring. Consider a simplified example* of an item receiving ratings of 100, 50, & 0. The mean average rating would be 50. However, ratings of 55, 50 & 45 could also result in the same average. The second average might be more trusted because there is more consensus around a particular rating (a lower deviation).
(*In practice, some albums can have several thousand ratings)
This album is rated in the top 7% of all albums on BestEverAlbums.com. This album has a Bayesian average rating of 76.3/100, a mean average of 75.4/100, and a trimmed mean (excluding outliers) of 76.5/100. The standard deviation for this album is 11.4.

i love this album so fucking much

Plenty of tracks here are a little bit too girly for my taste, but the two long songs at the end are amazing. Snakes & Ladders is pretty good as well.

This album has a lot of buzz in my circles and after a third listen I can finally see why. Full of ideas and doesn't wear thin during its run through. I'd have to say it gets stronger as it goes along.

Great songs including bubblegum "It's Not Just Me" and "Falling Into You", as well as ending jam "Donnie Darko" as well as the very out of place but still excellent long 60s acid rock "Cool & Collected". I really don't like "Snakes & Ladders" for some reason (seems way to be trying for something Bond-ish but falls way short) and with weird short tracks like "Cat's Pyjamas" and the above mentioned anomaly it's very strangely paced, which keeps me from liking as an album more despite great song achievements.

Good album. It would be great if the two longest songs were shorter.

It's certainly inventive and adventurous. Somehow, it feels on the verge of falling apart without going quite over the edge. Sometimes, the aesthetic is a bit much, and really, the only thing that ever works is when songs are traveling all over the place. But it flows well, and even though it's not nearly as sonically original as it likes to believe it is, but it's certainly more exciting than most of what's coming out.

Really this works so much better than it should. Sounding like a monster hybrid of Chvrches, Beach House, Dillon, Melody's Echo Chamber and latter-day Bjork, this should be a sappy, ungainly mess, but for such a young band they show a remarkable grasp of all the seemingly incongrunt material and make something special by meshing the more direct and lush-ly poppy songs with soundscapes that are much more languid & surreally psychedeliac (or Hypogenic, I guess, fellow kids). A lovely, surprisingly affable special-seashell that keeps getting better with each listen.

What a surprise this album was! I was intrigued by the singles that they released (Hot Pink, It's not Just Me, Falling into Me) and was curious to see if the rest of the album would match this quality... I wasn't disappointed. This album has so many things going for it: thoughtful and unique "coming of age" lyrical themes, genre blending and blurring, well paced track list, and the successful experimentation that makes this album stand out from the crowd.

The production is precise, and we even find the very relevant and talented SOPHIE producing on a couple of the tracks, bringing her signature and recognizable production style in the forefront on "Hot Pink," a song that not only SLAPS but also explores very current issues of gender misconceptions and gender identity. This track also happens to be one of my personal favourites (along with It's not Just Me, Cool & Collected, and Donnie Darko).

Honestly, along with SOPHIE's release this year (OIL OF EVERY PEARL'S UN-INSIDES), this is some of the best recently released pop music that I can think of. I feel as though the sounds of PC Music and Bubblegum Bass are proving that they're the future of pop music, and this album is pretty strong evidence.

This is creeping on AOTY material for me. Dreamy. coming of age, experimental. It's a lovely album. The first two tracks are AMAZING, and the rest of the record has trouble matching them, except for Donnie Darko. Great record.

Your feedback for I'm All Ears