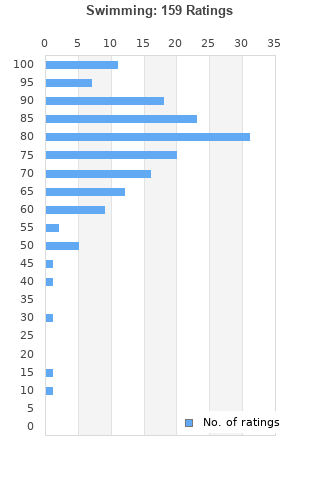 Swimming is ranked as the best album by Mac Miller. 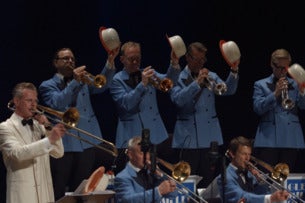 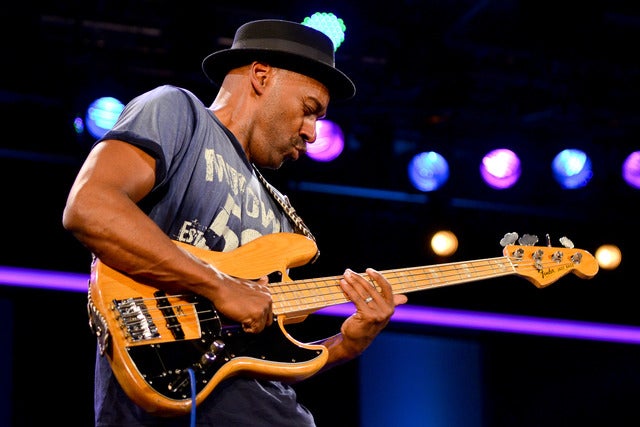 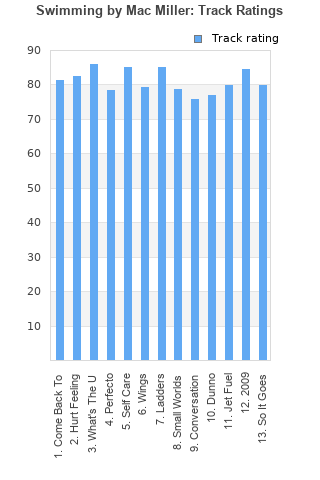 Rating metrics: Outliers can be removed when calculating a mean average to dampen the effects of ratings outside the normal distribution. This figure is provided as the trimmed mean. A high standard deviation can be legitimate, but can sometimes indicate 'gaming' is occurring. Consider a simplified example* of an item receiving ratings of 100, 50, & 0. The mean average rating would be 50. However, ratings of 55, 50 & 45 could also result in the same average. The second average might be more trusted because there is more consensus around a particular rating (a lower deviation).
(*In practice, some albums can have several thousand ratings)
This album is rated in the top 4% of all albums on BestEverAlbums.com. This album has a Bayesian average rating of 77.4/100, a mean average of 76.5/100, and a trimmed mean (excluding outliers) of 77.7/100. The standard deviation for this album is 15.1.

Sounds really good, but not very deep or anything too special.

While Faces will likely always be my favourite project of his, this just might be his most consistent and compact project to date. There aren't any songs that feel like filler or pandering to his old frat-rap sound as he's found necessary on previous albums. It's a straightforward collection of songs about how he should have drowned in his depression and yet he's 'swimming' instead. His lyrics have less of the wit he's known for and more emotional prowess over some lush, and often funky, production. The authentic positivity of this album is a refreshing splice of life in Miller's discography and the project ranks among his greatest for me.

Your feedback for Swimming