Ascension (album) by The Aints 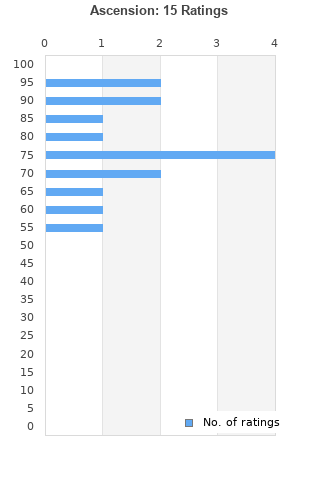 Sorry, no matches on eBay for "Ascension The Aints".
See full search results on eBay

Ascension is ranked as the best album by The Aints. 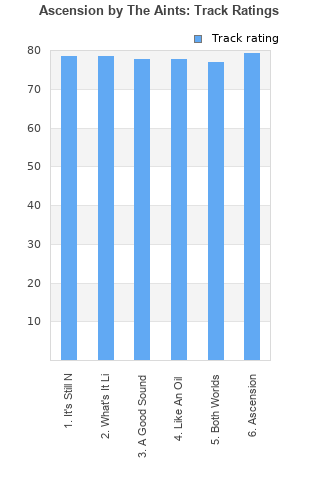 Rating metrics: Outliers can be removed when calculating a mean average to dampen the effects of ratings outside the normal distribution. This figure is provided as the trimmed mean. A high standard deviation can be legitimate, but can sometimes indicate 'gaming' is occurring. Consider a simplified example* of an item receiving ratings of 100, 50, & 0. The mean average rating would be 50. However, ratings of 55, 50 & 45 could also result in the same average. The second average might be more trusted because there is more consensus around a particular rating (a lower deviation).
(*In practice, some albums can have several thousand ratings)
This album is rated in the top 7% of albums on BestEverAlbums.com. This album has a mean average rating of 79.0/100. The trimmed mean (excluding outliers) is 79.1/100. The standard deviation for this album is 12.4.

I suppose many people know that fantastic Australian band The Saints. Some people say they invented punk before America and England.
But there there was the Aints. When the Saints broke up, one of the members, Ed Kuepper started his own band aptly named The Aints (I quote Allmusic: "Supposedly taking the name from an old Saints bass drum head that had lost its S". This is their second album.

If you like envigorating guitar music than this album should be your thing; in any case it's very much my thing because it's one of my favorite albums ever.
You want examples:
What's It Like Out There: starting around 3:15 there's this fantastic guitar solo slowing down round 3:40 and picking up speed in the greatest way possible around 4:38
The title track offers great free jazz improvisations on sax and guitar.

Your feedback for Ascension