The Score (studio album) by Fugees 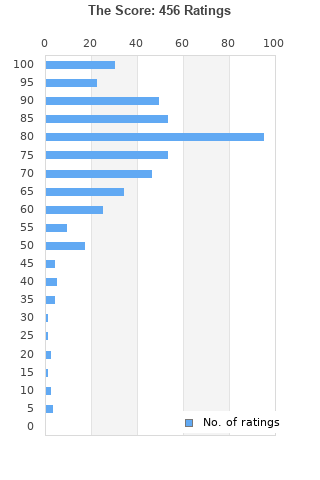 FUGEES, THE-THE SCORE CD NEW
Condition: Brand New
Time left: 8h 26m 47s
Ships to: Worldwide
$13.05
Go to store
Product prices and availability are accurate as of the date indicated and are subject to change. Any price and availability information displayed on the linked website at the time of purchase will apply to the purchase of this product.  See full search results on eBay

The Score is ranked as the best album by Fugees. 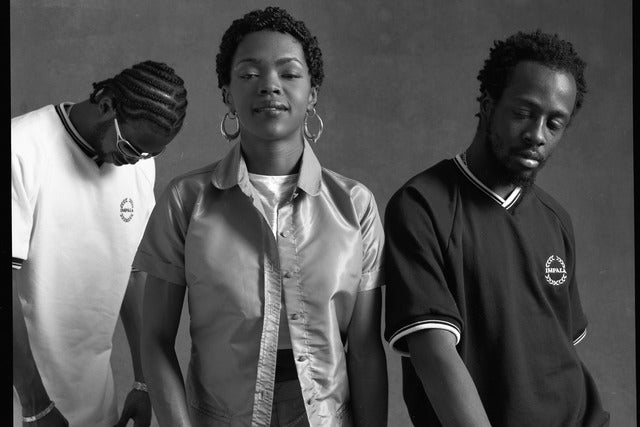 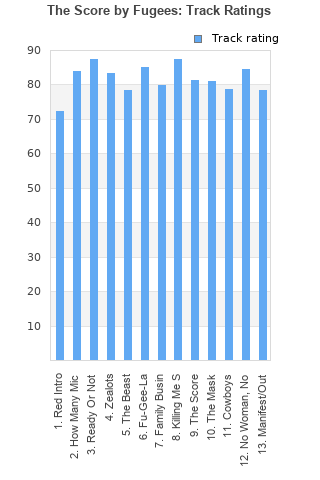 Rating metrics: Outliers can be removed when calculating a mean average to dampen the effects of ratings outside the normal distribution. This figure is provided as the trimmed mean. A high standard deviation can be legitimate, but can sometimes indicate 'gaming' is occurring. Consider a simplified example* of an item receiving ratings of 100, 50, & 0. The mean average rating would be 50. However, ratings of 55, 50 & 45 could also result in the same average. The second average might be more trusted because there is more consensus around a particular rating (a lower deviation).
(*In practice, some albums can have several thousand ratings)
This album is rated in the top 6% of all albums on BestEverAlbums.com. This album has a Bayesian average rating of 76.7/100, a mean average of 75.6/100, and a trimmed mean (excluding outliers) of 76.8/100. The standard deviation for this album is 16.7.

Some great sounds, but it's uneven and kind of all over the place.

Wish I'd gotten this at the time as I was a fan of all the singles. It's of its time but doesn't sound overly dated to me. Solid hip hop that's commercial but not sell out in any way and definitely still hard enough. The two blokes do their thing all nice and fine with charisma but Hill's voice is incredible, whether that be signing or rapping. Remember the DJ Zinc remix of ready or not?

An enjoyable with some notable killer tracks in Killing Me Softly and Ready or Not. For me, Lauryn Hill is the real shining star with her singing on the tracks previously mentioned and even her rapping on tracks like Zealots outshining her bandmates.

I think the skits and some of the other aspects of the album feel very dated now. The album drags towards the back end.

I like it,love the cover versions but hugely overated. it sounds worse now than 20 odd yrs ago.

Only just got this album in Apr 18 and liked it straight away - 5 or 6 listens later and I'm digging it big time. Recall the Singles - which are superb - add Zealots, The Score, The Mask and it deserves a top 100 placing. Great hip hop and interchange between the contributors all complementing each other. Just falls outside my top 100

Incredibly fun album to listen. Kept my attention all the way, everything from the beats, lyrics, and flow that is compelling to listen to this record again soon.

Possibly one of the most influential records in the rap/hip hop genre, and justifiably so. Hill has such a commanding voice.

This is definitely a classic that helped pave the way for Lauryn Hill and Wyclef Jean. Definitely a good one.

Your feedback for The Score