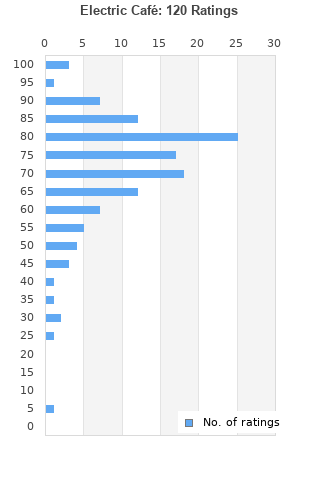 Electric Café is ranked 6th best out of 18 albums by Kraftwerk on BestEverAlbums.com.

The best album by Kraftwerk is Trans-Europa Express which is ranked number 283 in the list of all-time albums with a total rank score of 6,909. 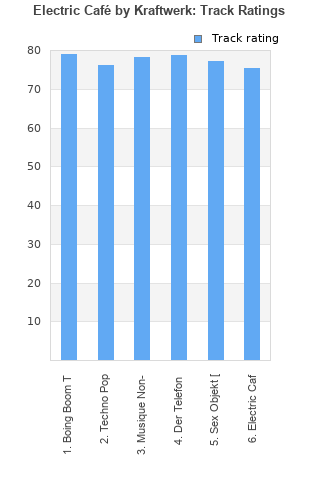 Outliers can be removed when calculating a mean average to dampen the effects of ratings outside the normal distribution. This figure is provided as the trimmed mean. A high standard deviation can be legitimate, but can sometimes indicate 'gaming' is occurring. Consider a simplified example* of an item receiving ratings of 100, 50, & 0. The mean average rating would be 50. However, ratings of 55, 50 & 45 could also result in the same average. The second average might be more trusted because there is more consensus around a particular rating (a lower deviation).
(*In practice, some albums can have several thousand ratings)
This album has a mean average rating of 71.0/100. The trimmed mean (excluding outliers) is 71.7/100. The standard deviation for this album is 14.5.

I think this record gets a bad rap. Sure, it's not as great as its predecessor "Computer World", but I think that "Electric Cafe" cleverly taps into the isolation (sexual or otherwise) one feels with increasing technology. Musically a bit stale since all the other 80s synthpop acts caught upto their sound by 1986, but you know, it still sounds fine. A weak Kraftwerk record is still pretty good.

Y’know, it’s fun. You can’t take that away from this album. And because the technology at this time was already somewhat less outdated than previous works, I feel myself gravitating to this album a lot more often.

It's telling when one of Kraftwerk's worst albums is still really good. This one in particular may lack any revolutionary streak that "Autobahn" had or the sublime melodies found in "The Man-Machine", but by subtly enveloping the listener in a melancholic atmosphere, "Electric Cafe" manages to create a world of its own. This particular atmosphere really complements the record's cyber-paranoia themes, which seem to revolve around the monotony of technology and our reliance on it.

Songs such as "The Telephone Call" & "Sex Object" are great examples for that interpretation, and others like opener "Boing Boom Tschak" & closer "Electric Cafe" bring back the Kraftwerkian bounciness (even if it isn't as radiant as "Computer World"). Overall it's an impressive record, thematically ahead of its time, and it's one that's sadly been neglected (or simply misunderstood) by critics and audiences alike, but you know, hopefully it'll be given the rightful amount of acclaim by future generations. 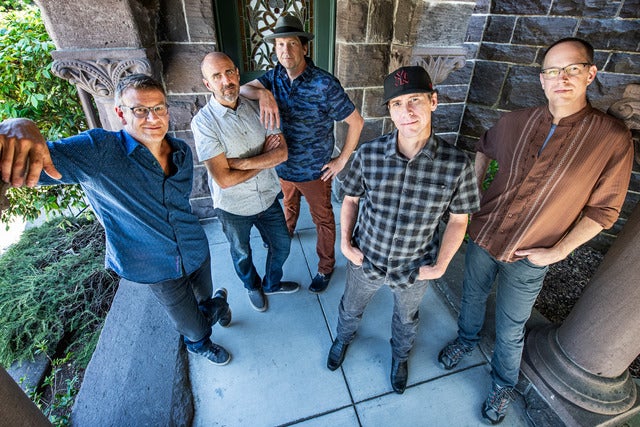 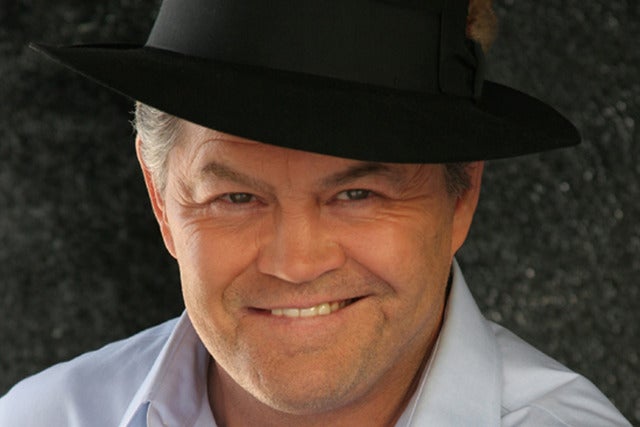 Your feedback for Electric Café