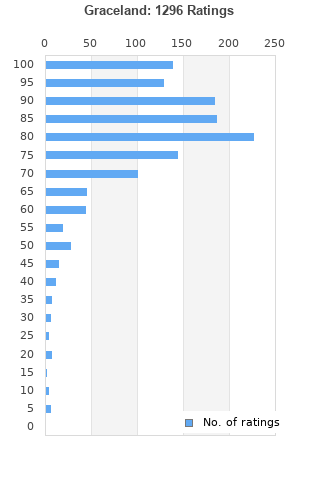 SIMON,PAUL-GRACELAND VINYL NEW
Condition: New
Time left: 43m 46s
Ships to: Worldwide
$43.75
Go to store
Product prices and availability are accurate as of the date indicated and are subject to change. Any price and availability information displayed on the linked website at the time of purchase will apply to the purchase of this product.  See full search results on eBay

Graceland is ranked as the best album by Paul Simon. 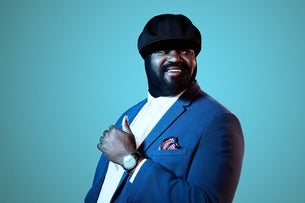 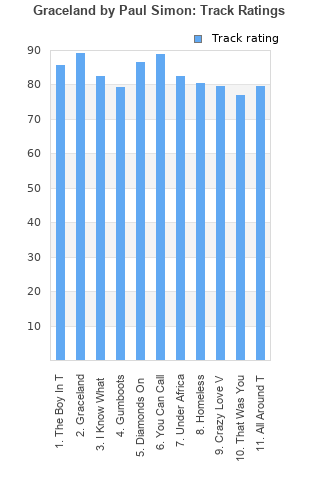 Diamonds On The Soles Of Her Shoes
Rating: 86 (228 votes)Comments:

Rating metrics: Outliers can be removed when calculating a mean average to dampen the effects of ratings outside the normal distribution. This figure is provided as the trimmed mean. A high standard deviation can be legitimate, but can sometimes indicate 'gaming' is occurring. Consider a simplified example* of an item receiving ratings of 100, 50, & 0. The mean average rating would be 50. However, ratings of 55, 50 & 45 could also result in the same average. The second average might be more trusted because there is more consensus around a particular rating (a lower deviation).
(*In practice, some albums can have several thousand ratings)
This album is rated in the top 1% of all albums on BestEverAlbums.com. This album has a Bayesian average rating of 81.0/100, a mean average of 79.9/100, and a trimmed mean (excluding outliers) of 81.1/100. The standard deviation for this album is 16.0.

Lyrically abstract, and the fusion of African-beat and folk rock is a nice touch. Paul Simon sets an optimist worldbeat album that opens boundaries. Nothing quite like it. The melody is so wonderful.

This was my dad's favorite album, and the first time I listened to it, I understood why.

Fusion of apartheid era South African music with some of Simon’s best lyrics. There is a sense of cultural intercourse/shock throughout the album and the result is truly something special from start to finish.

None of my favorite Paul Simon songs are on this album, yet it's still a great listen.

A good argument can be made that Paul shouldn’t have made this record. At least not when he did, or in the manner in which he did, but...I’m glad he did because there are virtually no records that I enjoy listening to more than this one.

Waited for YEARS to buy this album, despite that everyone (critics and peers alike) told me how great it was. Sure, "...call me Al" was great - but I thought the album would be a little square, considering it was Paul Simon. Needless to say, I was dead wrong. Graceland is AMAZING! It grabs the listener from the opening and never lets go. There's nothing quite like it.

But. I am not usually one to be bothered by lyrics. They are often wholly ignored by me, I make no effort to listen to them specifically aside from their musical qualities, oftentimes, unless they demand my attention. If they end up demanding my attention, such as with Bob Dylan, then they better be good (as they are with Bob Dylan). This album's lyrics grab my attention, but when they do it is often in the wrong way. "I Know What I Know" and "Diamonds on the Soles of her Shoes" are two that stand out as particularly clunky. His Bob Dylan emulating sing-talking is awkward and forced, to my ears, and the over-repetition of these basically silly-sounding phrases only makes it worse. I know this sounds like an odd opinion to hold, it seems that others really like his lyricism here. It feels like an odd opinion to me as well, but a few listens in and I can't shake it.

By far, Simon's best single album. It is a classic to be ranked among the best albums ever produced. Paul Simon always seems to surround himself with excellent musicians. Nowhere is this more apparent than on Graceland.

Your feedback for Graceland