The Queen Is Dead (studio album) by The Smiths 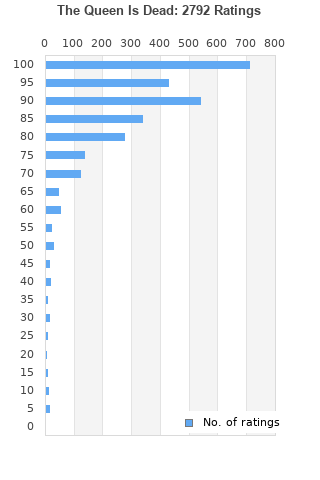 The Queen Is Dead is ranked as the best album by The Smiths. 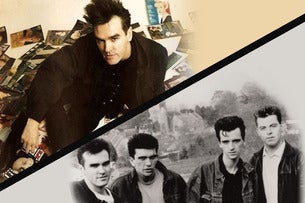 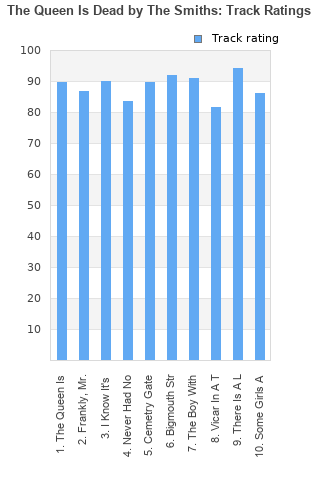 #
Track
Rating/Comments
1.
The Queen Is Dead (Take Me Back To Dear Old Blighty (Medley))
Rating: 90 (696 votes)Comments:

There Is A Light That Never Goes Out
Rating: 94 (980 votes)Comments:

The Queen Is Dead rankings

The Queen Is Dead collection

The Queen Is Dead ratings

Rating metrics: Outliers can be removed when calculating a mean average to dampen the effects of ratings outside the normal distribution. This figure is provided as the trimmed mean. A high standard deviation can be legitimate, but can sometimes indicate 'gaming' is occurring. Consider a simplified example* of an item receiving ratings of 100, 50, & 0. The mean average rating would be 50. However, ratings of 55, 50 & 45 could also result in the same average. The second average might be more trusted because there is more consensus around a particular rating (a lower deviation).
(*In practice, some albums can have several thousand ratings)
This album is rated in the top 1% of all albums on BestEverAlbums.com. This album has a Bayesian average rating of 87.8/100, a mean average of 86.3/100, and a trimmed mean (excluding outliers) of 87.9/100. The standard deviation for this album is 15.9.

The Queen Is Dead favourites

The Queen Is Dead comments

such a masterpiece. There is a light that never goes out is one of the best songs ever made, and there are no skips on this album. Not top 20 of the best albums ever in my book, but veryy close.

The Smiths run of albums in such a short space of time was remarkable but this album is the jewel on the Queen's crown. One of the greatest indie album of all time, joyful, memorable and with some of the greatest songs written on a guitar it truly is a gem.

This is how a great album is made, nothing to add. Fantastic sound and lyrics.

A couple of songs which could be considered duds but otherwise the most beautiful and meaningful record to come out of the 80s, only rivalled by hatful of hollow imo.

To me it's very difficult to rank the Smiths' first three studio albums as they are all so strong, but the only reason The Queen Is Dead ranks lower than The Smiths and Meat Is Murder is because of the seemingly out-of-place jokey tracks Vicar In A Tutu (how can you sandwich this between two such utterly beautiful songs?) and Frankly Mr Shankly (although I don't mind this track in isolation) which do slightly ruin the flow of the album for me. The rest of the tracks are stellar and if it were an 8-track album I think it'd be 100/100 and in my top 3 for sure.

Cheeky and lyrical, albeit musically dull.

Your feedback for The Queen Is Dead