So (studio album) by Peter Gabriel 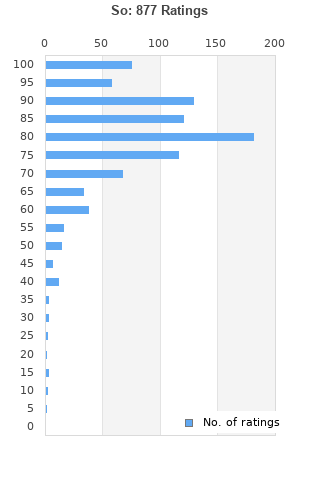 So is ranked as the best album by Peter Gabriel. 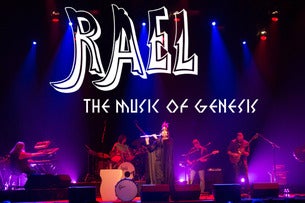 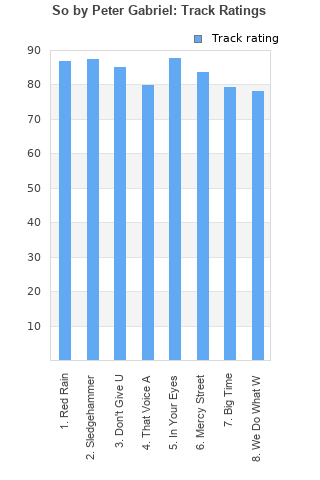 Rating metrics: Outliers can be removed when calculating a mean average to dampen the effects of ratings outside the normal distribution. This figure is provided as the trimmed mean. A high standard deviation can be legitimate, but can sometimes indicate 'gaming' is occurring. Consider a simplified example* of an item receiving ratings of 100, 50, & 0. The mean average rating would be 50. However, ratings of 55, 50 & 45 could also result in the same average. The second average might be more trusted because there is more consensus around a particular rating (a lower deviation).
(*In practice, some albums can have several thousand ratings)
This album is rated in the top 2% of all albums on BestEverAlbums.com. This album has a Bayesian average rating of 80.3/100, a mean average of 79.5/100, and a trimmed mean (excluding outliers) of 80.4/100. The standard deviation for this album is 14.5.

It’s impossible to criticize Gabriel’s voice, which is impeccable. In Your Eyes is a legitimately great track. The rest of the songs fall into two categories: one, the radio-friendly pop song that stretches way longer than a pop song should; and two, the gratuitously weird song that sounds experimental for the sake of maintaining the weird British progressive bona fides.

A BIG album with full of bangers, say no more.

I really couldn't get in to this album. I found most of the songs boring and uninteresting. The only noteworthy tracks are In Your Eyes, which is a lovely song, and That Voice Again, which I also enjoyed.

Listening to this album again after some time and looking at some of the reviews on this site and others I have the following comments. Firstly do not judge this album by the the 'commercial hits', 'Sledgehammer' and 'Big Time', these are not the best tracks on the album. Several listens are required to appreciate the other tracks, particularly 'In Your Eyes' which is an immaculately crafted piece of music, Gabriel's voice is perfection. 'Don't Give Up' is worth the price of the album on it's own, 'Red Rain' an outstanding opening track. Don't give up on this album, it's one of the best.

Great album by Peter Gabriel. It is impressive to see the range of this artist with how he was able to have incredibly catchy despite his prog rock starts. Loved the collab with Kate Bush.

This is a perfect example for the sellout of an serious artist and the power of a mainstream hit. To be honest... this album includes a poor disco hit single... (Sledgehammer), an average ballald (Red Rain) saved by Kate Bush, one - only one - mentionable song (Red Rain).... and the rest is... boaring.

Criticised retrospectively for moving too far towards the commercial and away from the prog roots that Gabriel had established himself with, this album actually stands up well against the march of time. There's a touch of a dated sound to one or two tracks, but that may be because they are rooted in the 80s psyche so firmly that it's difficult to think of them outside of that decade (I'm looking at you Sledgehammer and Don't Give Up). But don't let that put you off - this is a great record which bears much listening. There's still enough of the art rock to make it sound like vintage Gabriel, and those who are critical of its movement in the mainstream direction are just jealous of the tunes.
High Points: Sledgehammer; We Do What We're Told (Milgram's 37)

Your feedback for So