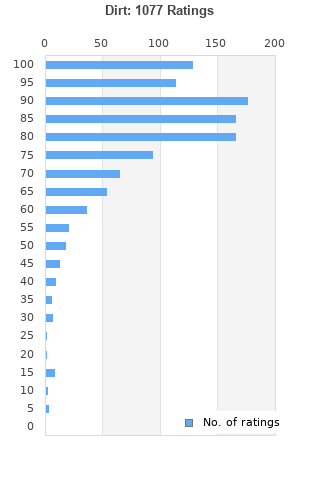 Dirt is ranked as the best album by Alice In Chains. 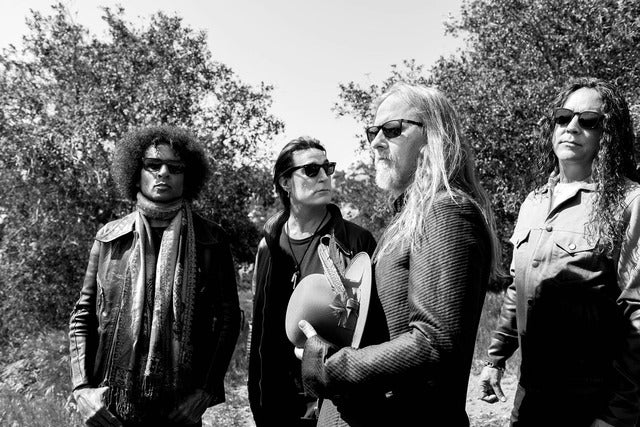 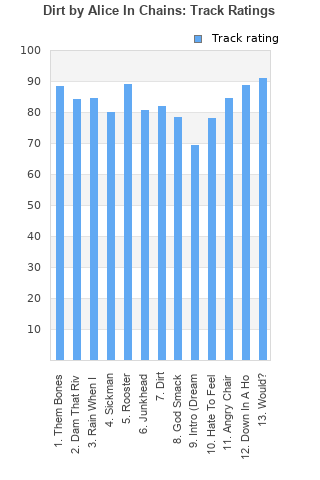 Rating metrics: Outliers can be removed when calculating a mean average to dampen the effects of ratings outside the normal distribution. This figure is provided as the trimmed mean. A high standard deviation can be legitimate, but can sometimes indicate 'gaming' is occurring. Consider a simplified example* of an item receiving ratings of 100, 50, & 0. The mean average rating would be 50. However, ratings of 55, 50 & 45 could also result in the same average. The second average might be more trusted because there is more consensus around a particular rating (a lower deviation).
(*In practice, some albums can have several thousand ratings)
This album is rated in the top 1% of all albums on BestEverAlbums.com. This album has a Bayesian average rating of 82.0/100, a mean average of 80.8/100, and a trimmed mean (excluding outliers) of 82.0/100. The standard deviation for this album is 16.2.

Seriously, one of the classic grunge albums. Better than Smashing Pumpkins.

Very dark subject matter, but so good. Rooster is my incredible. I also love Down In a Hole, Would, Them Bones and Rain When I Die. Staley's voice fits so perfectly with the grungy guitar sound.

I've always had mixed feelings about this album. Almost every track individually is a fantastically crafted song. However, I find when listening to the album as a whole, it's got such a constant somber tone throughout the whole thing I don't enjoy it as much as I should given the caliber of songs. Pick any 2 or 3 songs for a listen at a time...great. Whole album...not so much.

The definition of a musical masterpiece.

I never get tired of hearing this album or this band.

I have not emotionally invested in this album - simply listening to it in Jan 21 as part of listening to recommended albums. It is a good, sound rock-grunge album to me. It hasn't blown me away although I can see how it would an angst teenager. I will return later when I have more time to invest

Would?
Down In A Hole
Rain When I Die
Angry Chair

Favorites: Down In A Hole, Rooster, Would?

Your feedback for Dirt