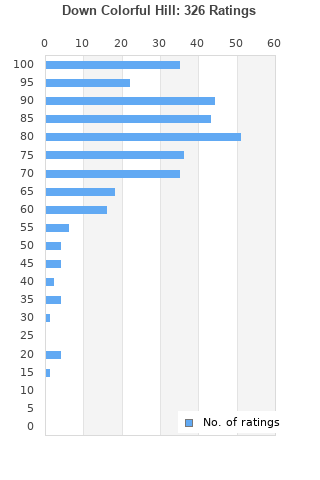 Down Colorful Hill is ranked 2nd best out of 9 albums by Red House Painters on BestEverAlbums.com. 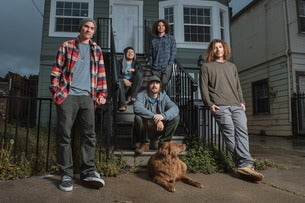 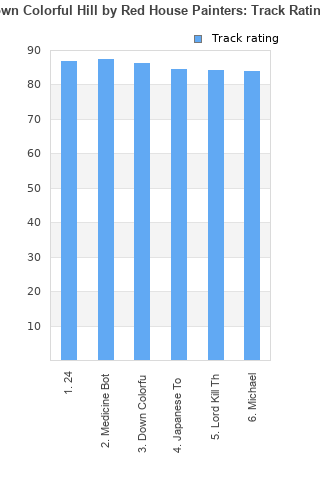 Rating metrics: Outliers can be removed when calculating a mean average to dampen the effects of ratings outside the normal distribution. This figure is provided as the trimmed mean. A high standard deviation can be legitimate, but can sometimes indicate 'gaming' is occurring. Consider a simplified example* of an item receiving ratings of 100, 50, & 0. The mean average rating would be 50. However, ratings of 55, 50 & 45 could also result in the same average. The second average might be more trusted because there is more consensus around a particular rating (a lower deviation).
(*In practice, some albums can have several thousand ratings)
This album is rated in the top 2% of all albums on BestEverAlbums.com. This album has a Bayesian average rating of 79.6/100, a mean average of 78.7/100, and a trimmed mean (excluding outliers) of 79.8/100. The standard deviation for this album is 16.2.

Beautiful and moody. SOme songs are a a bit too long.

It's hard to reconcile what an asshole Mark Kozelek is with how beautiful this album is. Because with The Smiths I can believe that the emotion is to a a certain point faked, but not here, this sensitivity can't be more real. People are complex I guess.

This album creates a great atmosphere and really engulfs you in the feelings of the artist. It is difficult to not feel melancholy when listening to this record which is due to the brilliant atmosphere created and the lyrics too. Both of these are very strong and really carry the album for me. I am also very fond of the vocal performance. 24 and Medicine Bottle are possibly two of the best RHP songs ever released and they draw me back to this album time and time again. While the other 4 songs aren't up to this standard there is still a few more decent songs such as Japanese To English. This record can feel a little slow at times though and once you are passed the brilliant first half you can get sucked out of the album a couple of times. Overall, a very emotional album that is also thoroughly enjoyable to listen too.

Beautiful album, it gets some listens to get used to it though. 8/10.

The self-titled is touching

Sadness becomes music in this truly emotional album by Red House Painters: they managed to take inspiration from previous works by other great slo core bands, such as Talk Talk or Slint and converge their influences in a way that touches the heart and soul.

the first time i tried listening to this album (at a record store listening station), i gave up after a couple minutes of the first track, "24". but a few years later i gave it a proper full-disc listen and it really won me over. it's easy to see why Ivo Watts-Russell was so taken with the band's demos that he chose to release them in only slightly reworked form on this album.

There’s a sense of accomplishment in slowly suffering to create something of value.

Your feedback for Down Colorful Hill