Automatic For The People (studio album) by R.E.M. 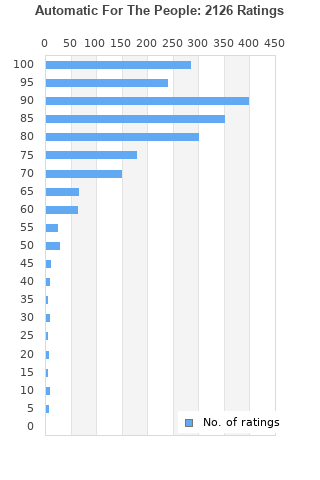 Automatic For The People is ranked as the best album by R.E.M.. 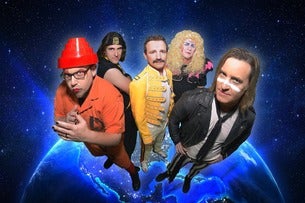 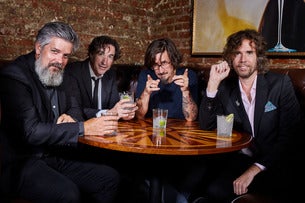 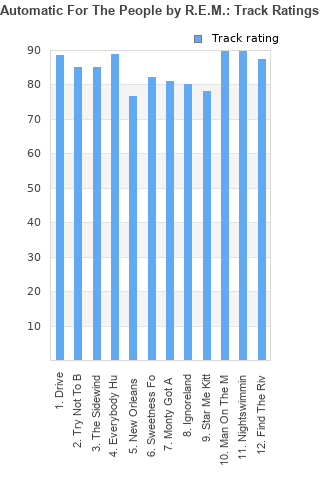 Automatic For The People rankings

Automatic For The People collection

Automatic For The People ratings

Rating metrics: Outliers can be removed when calculating a mean average to dampen the effects of ratings outside the normal distribution. This figure is provided as the trimmed mean. A high standard deviation can be legitimate, but can sometimes indicate 'gaming' is occurring. Consider a simplified example* of an item receiving ratings of 100, 50, & 0. The mean average rating would be 50. However, ratings of 55, 50 & 45 could also result in the same average. The second average might be more trusted because there is more consensus around a particular rating (a lower deviation).
(*In practice, some albums can have several thousand ratings)
This album is rated in the top 1% of all albums on BestEverAlbums.com. This album has a Bayesian average rating of 83.9/100, a mean average of 82.9/100, and a trimmed mean (excluding outliers) of 83.9/100. The standard deviation for this album is 14.5.

Automatic For The People favourites

Automatic For The People comments

I am a huge fan of REM before they joined a major label and believe that the level of album quality ultimately went down at that point however, with this album they achieved their magnum opus. This album wasn't just commercially successful with the fantastic hits it possessed, their was so much emotional depth and a remarkably new sound for the band that was fresh and exciting.

For me this stands out from the other REM albums as a clear winner.

Great album, the last three songs are incredible but loved it from top to bottom.

A good album, but just behind Out Of Time for me. Nightswimming is beautiful and my favourite. Also like Try Not To Breathe, Man On The Moon and of course Everybody Hurts.

This album has aged well and still good listening after nearly 3 decades. Best after dinner- like a good port wine!

I like the production and execution but can I win an award if I know what Stipe is actually singing about?

A Side: Man on the Moon
B Side: Everybody Hurts

Great mix of REM weirdness and just plain gorgeous music. The two ending songs are among the most beautiful pop/rock songs ever recorded. This is REM at their peak.

This is one of those albums where every track is solid. No skips on this one.

Love REM and this is my favorite album of theirs. Perfect bridge record between the college rock of the 80s and the alternative rock of the 90s. Less idiosyncratic than Out of Time and more soulful than Monster. It's a perfect REM album.

Your feedback for Automatic For The People