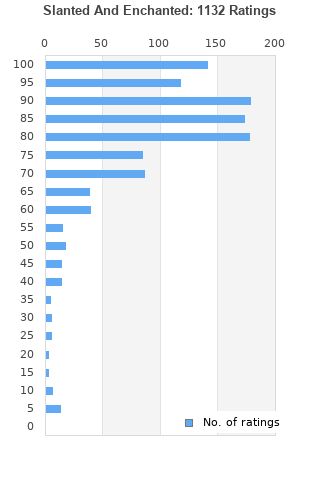 Slanted And Enchanted is ranked 2nd best out of 13 albums by Pavement on BestEverAlbums.com.

The best album by Pavement is Crooked Rain, Crooked Rain which is ranked number 172 in the list of all-time albums with a total rank score of 10,091. 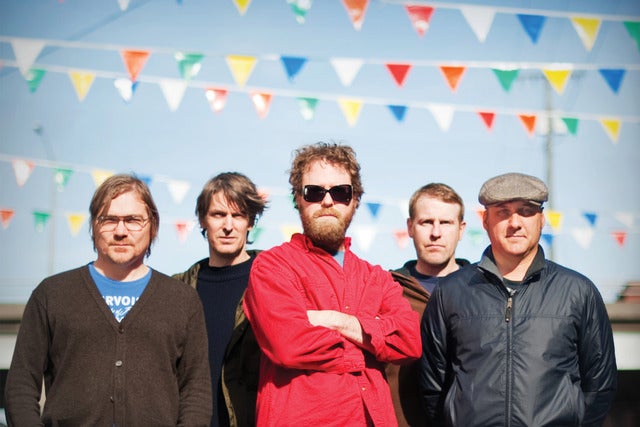 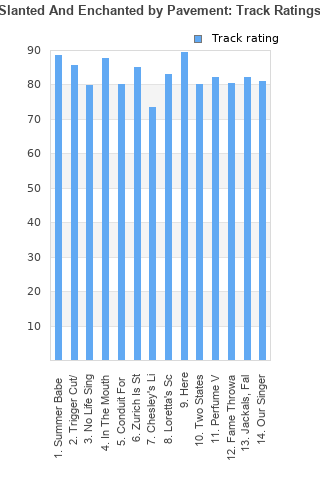 Rating metrics: Outliers can be removed when calculating a mean average to dampen the effects of ratings outside the normal distribution. This figure is provided as the trimmed mean. A high standard deviation can be legitimate, but can sometimes indicate 'gaming' is occurring. Consider a simplified example* of an item receiving ratings of 100, 50, & 0. The mean average rating would be 50. However, ratings of 55, 50 & 45 could also result in the same average. The second average might be more trusted because there is more consensus around a particular rating (a lower deviation).
(*In practice, some albums can have several thousand ratings)
This album is rated in the top 1% of all albums on BestEverAlbums.com. This album has a Bayesian average rating of 82.1/100, a mean average of 80.4/100, and a trimmed mean (excluding outliers) of 82.2/100. The standard deviation for this album is 17.8.

There’s lots of types of “anti-music”, where the artist’s intent is more about feel than strict musicality. And, honestly, the reaction to anti-music becomes almost entirely subjective. It hits you right or it doesn’t.

This album, which I think of as punk rock on downers, hits me right. I won’t be able to convince you if you feel differently.

A bare-bones musical accomplishment. Moods, vibes, and sounds from 60' garage, Velvet, and Stooges means something to people being in their teens in 1992, I can understand the simpleness and rawness attracting them. For a boomer to like this, it needs more listening and mind shifting.

This is the indie record that thinks it's cooler than Taylor Swift. One of the worst front man performances I have heard on a rock album, coupled with production that is just awful. Clocking in at shorter than 40 minutes, this album found a way to make every song drag on. A big waste of time.

Their most raw and Velvet Underground tone album ever made. It is 90's indie rock by heart. Probably one of my favorite debut records of all time. It's noisy distortion guitar and mumbling vocals are what gives away the tone of the album.

I can remember I used to really like this, but I can't even recall why. Sadly, the magic is gone.

All Pavement is good, but I'm partial to the cleaner sound that comes later.

Your feedback for Slanted And Enchanted