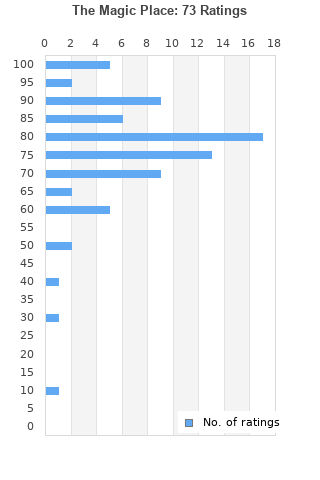 The Magic Place is ranked as the best album by Julianna Barwick. 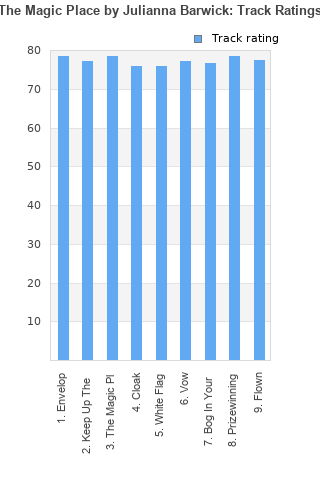 Rating metrics: Outliers can be removed when calculating a mean average to dampen the effects of ratings outside the normal distribution. This figure is provided as the trimmed mean. A high standard deviation can be legitimate, but can sometimes indicate 'gaming' is occurring. Consider a simplified example* of an item receiving ratings of 100, 50, & 0. The mean average rating would be 50. However, ratings of 55, 50 & 45 could also result in the same average. The second average might be more trusted because there is more consensus around a particular rating (a lower deviation).
(*In practice, some albums can have several thousand ratings)
This album is rated in the top 4% of all albums on BestEverAlbums.com. This album has a Bayesian average rating of 77.8/100, a mean average of 76.8/100, and a trimmed mean (excluding outliers) of 78.5/100. The standard deviation for this album is 15.5.

Does anyone know anything about her?

Heard this for the first time last week, received it as a gift from someone who "thought I might like it" already in my top 10 now, maybe I am being a bit hasty, guess I'll find out :D

Could be this year's sunny side of "Ravedeath, 1972". With ambient Eno vocals.

This intriguing and enchanting album is a strange hybrid of Enya, Cocteau Twins and Panda Bear. Beautiful mantra-style angelic vocals set against a backdrop of reverb, tape loops and sculpted piano figures, create an ethereal, meditative and austere musical landscape. But this work of art is more than that. The music is also something akin to an abstract sound painting - a personal journey of the imagination. This is the best album of 2011.

Your feedback for The Magic Place