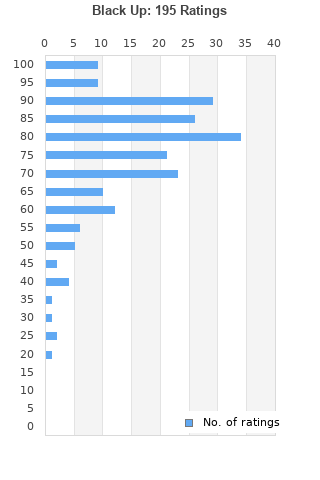 Black Up is ranked as the best album by Shabazz Palaces. 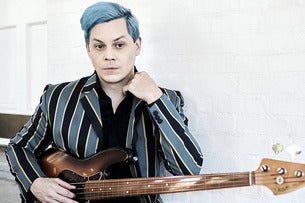 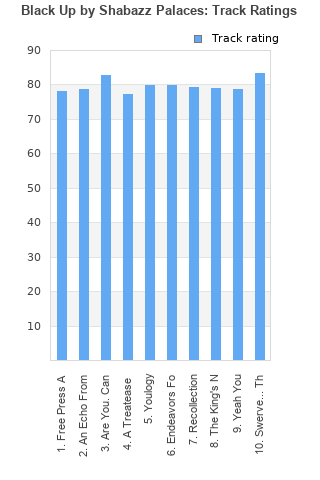 1
2.
An Echo From The Hosts That Profess Infinitum
Rating: 79 (26 votes)Comments:

Rating metrics: Outliers can be removed when calculating a mean average to dampen the effects of ratings outside the normal distribution. This figure is provided as the trimmed mean. A high standard deviation can be legitimate, but can sometimes indicate 'gaming' is occurring. Consider a simplified example* of an item receiving ratings of 100, 50, & 0. The mean average rating would be 50. However, ratings of 55, 50 & 45 could also result in the same average. The second average might be more trusted because there is more consensus around a particular rating (a lower deviation).
(*In practice, some albums can have several thousand ratings)
This album is rated in the top 5% of all albums on BestEverAlbums.com. This album has a Bayesian average rating of 76.7/100, a mean average of 76.1/100, and a trimmed mean (excluding outliers) of 76.9/100. The standard deviation for this album is 15.9.

This was so ahead of its time and still sounds fresh 10 years later. Incredible.

So weird but in the best way possible :O

Wake up people! The future of hip hop is happening right here as we speak! This is the future. This is an incredible hip hop album from an up and coming hip hop prodigy. I hope there are many more like this to come. This is the third best hip hop album of the decade thus far only behind Kanye West My Beautiful Dark Twisted Fantasy and Big Boi Sir Lucious Left Foot... This is not a fad, it will not fade with time. This is hip hop greatness and it will last, you can quote me on that.

I took way too long to get around to listening to this. DOPE!! Great variety, especially.

Didn't pay that much attention to the lyrics (the first time I listened to it), but the production is great... I much prefer this kind of hip hop (indie, as Hayden calls it; Madvillain also fall into this category) than the pop rap of Drake, Kanye, Jay-Z, ...

The mc behind digable planets trades jazz-hop for new-century dub-hop to similar success. Thing is, i like the idea and the overall sound of both of those albums more than i like their individual songs.

Indie hip-hop seems to be getting popular with all the Wolf Gang stuff. This was a good attempt, but the lyrics are a bit weak. I'm starting to think that The Cool Kids, OFWGKTA, The Weeknd & Shabazz Palaces could be the start of a new generation of hip-hop...

Your feedback for Black Up