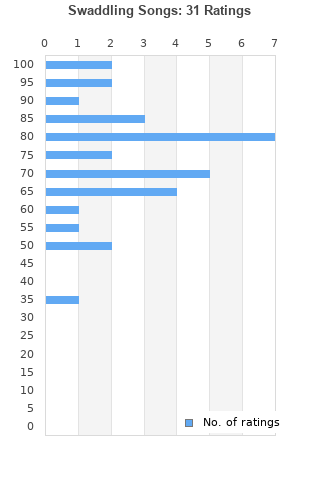 Mellow Candle - Swaddling Songs ' Remastered and repackaged [CD]
Condition: Brand New
Time left: 1d 14h 56m 20s
Ships to: Worldwide
£11.23
Go to store
Product prices and availability are accurate as of the date indicated and are subject to change. Any price and availability information displayed on the linked website at the time of purchase will apply to the purchase of this product.  See full search results on eBay

Swaddling Songs is ranked as the best album by Mellow Candle. 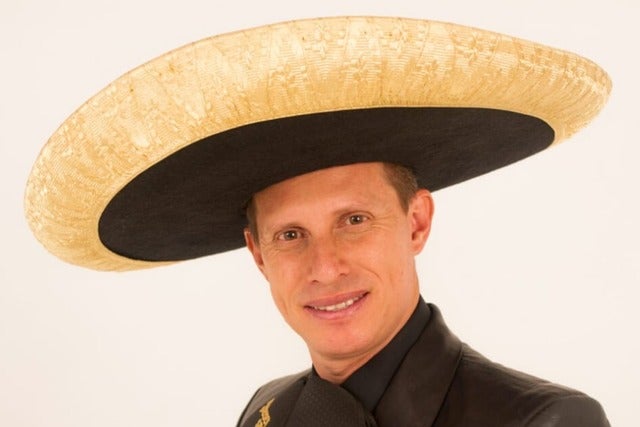 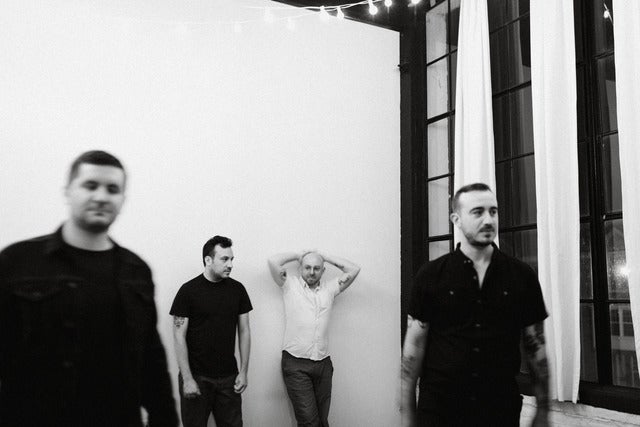 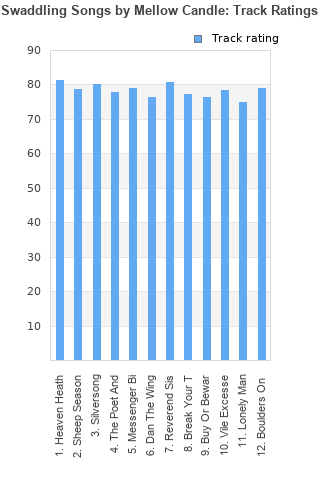 Rating metrics: Outliers can be removed when calculating a mean average to dampen the effects of ratings outside the normal distribution. This figure is provided as the trimmed mean. A high standard deviation can be legitimate, but can sometimes indicate 'gaming' is occurring. Consider a simplified example* of an item receiving ratings of 100, 50, & 0. The mean average rating would be 50. However, ratings of 55, 50 & 45 could also result in the same average. The second average might be more trusted because there is more consensus around a particular rating (a lower deviation).
(*In practice, some albums can have several thousand ratings)
This album has a Bayesian average rating of 74.3/100, a mean average of 74.6/100, and a trimmed mean (excluding outliers) of 74.6/100. The standard deviation for this album is 15.3.

There are some good tracks here, particularly Boulders On My Grave and Sheep Season, but the album is very uneven in song quality. It also lacks the overall variety of style and tone found on albums by better known bands of the genre like Steeleye Span. Still, there’s no reason to not give this a spin, if you’re a fan of the British folk rock scene.

I wish everyone knew and loved this album as much as I do; but even though it's been easier to get hold of for a good ten years now, it seems there are still many who haven't caught on to its lyrical loveliness - I'm the first to post a comment on this, a site for the musical cognoscenti. Come on, folks - give your ears a treat!

Your feedback for Swaddling Songs