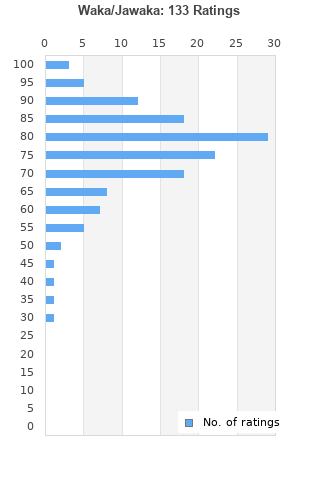 Waka/Jawaka by Frank Zappa
Condition: Brand New
Time left: 1d 19h 51m 54s
Ships to: Worldwide
$13.58
Go to store
Product prices and availability are accurate as of the date indicated and are subject to change. Any price and availability information displayed on the linked website at the time of purchase will apply to the purchase of this product.  See full search results on eBay

Waka/Jawaka is ranked 10th best out of 107 albums by Frank Zappa on BestEverAlbums.com.

The best album by Frank Zappa is Hot Rats which is ranked number 198 in the list of all-time albums with a total rank score of 9,377. 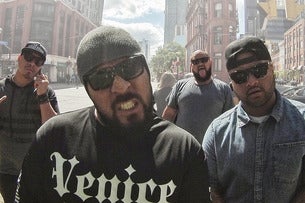 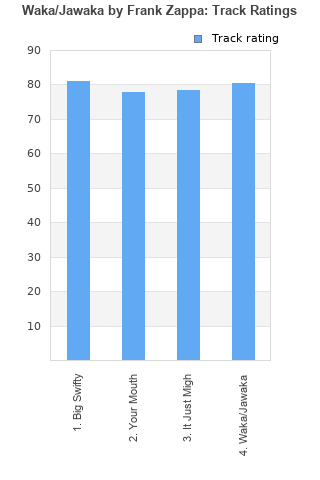 Rating metrics: Outliers can be removed when calculating a mean average to dampen the effects of ratings outside the normal distribution. This figure is provided as the trimmed mean. A high standard deviation can be legitimate, but can sometimes indicate 'gaming' is occurring. Consider a simplified example* of an item receiving ratings of 100, 50, & 0. The mean average rating would be 50. However, ratings of 55, 50 & 45 could also result in the same average. The second average might be more trusted because there is more consensus around a particular rating (a lower deviation).
(*In practice, some albums can have several thousand ratings)
This album is rated in the top 8% of all albums on BestEverAlbums.com. This album has a Bayesian average rating of 76.0/100, a mean average of 75.5/100, and a trimmed mean (excluding outliers) of 76.3/100. The standard deviation for this album is 13.0.

The supposed 2nd part of Hot Rats. There's not a whole lot connecting the two though, besides them both being great, classic Zappa.

This and The Grand Wazzoo are my favourite Zappa albums. I absolutely love the free form fusion jazz on the opening and final tracks. The middle two tracks are quite different but they blend in as a whole, not that 'blending in' was a pre-requisite for Zappa!

Waka/Jawaka, also known as Hot Rats II, is a complex musically Jazz-Rock album by one of Rock's greatest musical geniuses. Yet, it is a-must-hear for Zappa fans, especially those that like the first edition (Hot Rats).

Not too long after the concert captured on the Swiss Cheese/Fire boot, the Flo and Eddie version of the Mothers played a show in London that would turn out to be that line-up's last. An idiot in the audience thought Frank was "making eyes" at his girlfriend, so he climbed up onto the stage and pushed Zappa into the orchestra pit. Frank spent several months in a wheelchair, and the Mothers were effectively disbanded. The setback didn't stop Zappa from composing though. During this time he created two big-band jazz albums that are favorites of many fans. The first to be released was Waka/Jawaka, which features the usual rock band line-up enhanced by trumpet, piccolo, flute, clarinet, sax and other instruments. There weren't as many players on this album as there would be on The Grand Wazoo, but Zappa still managed to get a big band sound from them.

The album begins with the massive piece "Big Swifty", a beautiful, flowing instrumental track of fusionish jazz. I have to admit that the first time I heard the song, having next to no exposure to fusion, I though it sounded like a high school marching band gone berserk. But it grew on me quickly. Next comes "Your Mouth", a sort of offbeat blues tune, with lyrics about a guy who wants to shoot his old lady down for cheating and lying. Some people find the lyrics offensive, but they just seem like typical blues lyrics taken to an extreme.

"It Just Might Be a One Shot Deal" is another vocal track with lyrics about how you should have fun while you can, because you never know when your time is going to run out. I once described the music as bluegrass, and ended up getting an angry email from a guy who informed me that my comparison of the song to bluegrass was "a very poor analogy". At any rate, the song has a country flavor and even includes a pedal-steel guitar solo. Listen closely to see if you can figure out why Zappa is credited with playing "electric springs" on this track (they're the weird little "boing" noise you can hear at two spots during the song). The CD concludes with the title track, another beautiful, lengthy jazz instrumental. Both this track and "Big Swifty" are worth the price of admission.

Your feedback for Waka/Jawaka