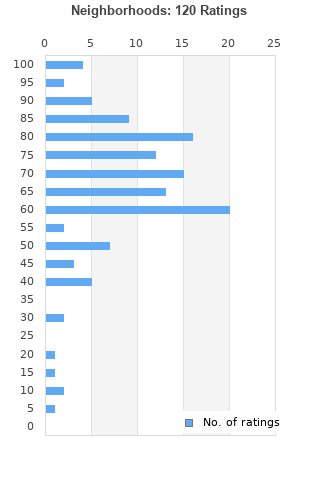 Neighborhoods is ranked 5th best out of 14 albums by Blink-182 on BestEverAlbums.com.

The best album by Blink-182 is Enema Of The State which is ranked number 622 in the list of all-time albums with a total rank score of 2,989. 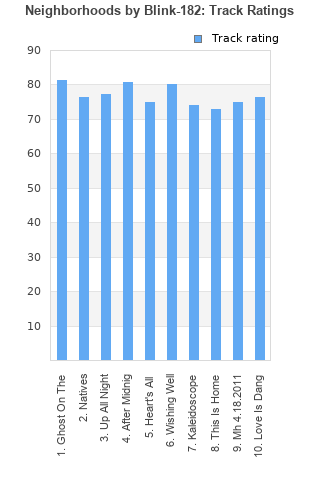 Outliers can be removed when calculating a mean average to dampen the effects of ratings outside the normal distribution. This figure is provided as the trimmed mean. A high standard deviation can be legitimate, but can sometimes indicate 'gaming' is occurring. Consider a simplified example* of an item receiving ratings of 100, 50, & 0. The mean average rating would be 50. However, ratings of 55, 50 & 45 could also result in the same average. The second average might be more trusted because there is more consensus around a particular rating (a lower deviation).
(*In practice, some albums can have several thousand ratings)
This album has a mean average rating of 66.0/100. The trimmed mean (excluding outliers) is 66.3/100. The standard deviation for this album is 19.2.

A superb follow up to their self titled that really caries the tone from that album, I honestly prefer this to all of their other albums aside from the previously stated stone cold masterpiece that is their self titled

This is a top-tier Blink-182 album. It feels like the natural progression of the band after their self-titled, and sounds like a more mature take on the Blink-182 formula. The troubled sessions for this album contributes to a more immediate and frustrated sound, making it stand out even more in the band's discography.

Tom's guitar sounds punchy as hell on a lot of these tracks and the occasional synth here and there only adds to the flavour. I even like kind of like the production here, even if it does come across as a little naked.

Even though I wouldn't call this album a must-listen for Blink fans (it's a little too different from their older stuff) but with an open mind this album really is worth it.

Best Tracks: Ghost on the Dance Floor, Up All Night, This is Home

People were pretty disappointed to find that this record wasn't really a return to form for Blink, but it's still a decent album.

Highlights: After Midnight, Ghost on the Dancefloor

I got this album for my 15th birthday; I was so excited... and soooo dissapointed....

You can tell how much Angels & Airwaves has influenced Tom DeLonge being that most of this album sounds very much like Angels & Airwaves. However it’s not totally Angels & Airwaves, there is still some of that classic Blink-182 sound there. The drumming on this album is really really good, as per usual. Travis Barker is quite the drummer. There’s even some pretty cool guitar work from DeLonge which is not something I typically come to expect from Blink. Overall it’s a great album, if you’re a Blink-182 fan or Angels & Airwaves fan, you’ll love it. 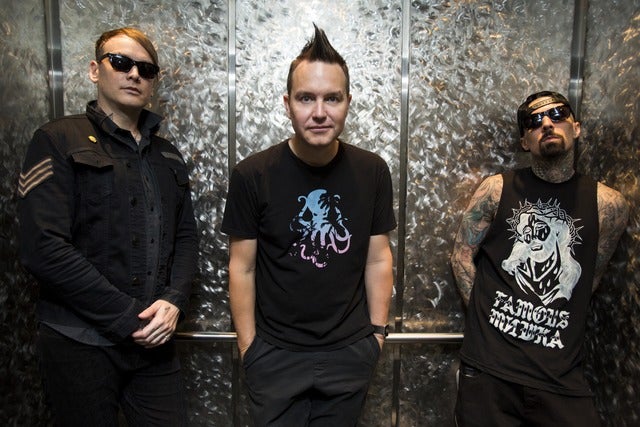 Your feedback for Neighborhoods