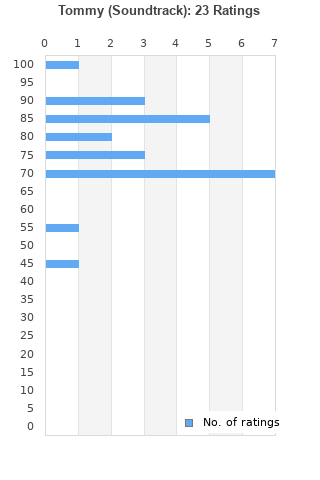 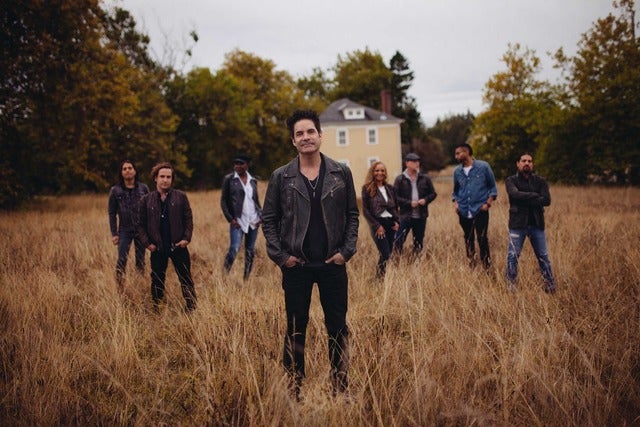 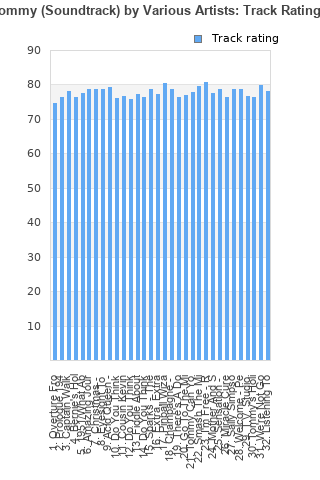 Rating metrics: Outliers can be removed when calculating a mean average to dampen the effects of ratings outside the normal distribution. This figure is provided as the trimmed mean. A high standard deviation can be legitimate, but can sometimes indicate 'gaming' is occurring. Consider a simplified example* of an item receiving ratings of 100, 50, & 0. The mean average rating would be 50. However, ratings of 55, 50 & 45 could also result in the same average. The second average might be more trusted because there is more consensus around a particular rating (a lower deviation).
(*In practice, some albums can have several thousand ratings)
This album is rated in the top 9% of all albums on BestEverAlbums.com. This album has a Bayesian average rating of 75.9/100, a mean average of 77.3/100, and a trimmed mean (excluding outliers) of 77.3/100. The standard deviation for this album is 12.6.

For me this is the closest thing the Who made to a follow-up to "Quadrophenia", and it's the last ambitious Who album. The arrangements are often stunning and compelling enough to make this an easily valid "alternative" version of Tommy. It was the basis for the musical and later live versions of the opera with special guests. It's not uncommon for musicals to develop through time, but few have viewed this one of the greatest attempts at a"re-recording" of a classic album.

There are some flaws. Oliver Reed has a horrible voice, any kid singing on this is incredibly ear grating, Jack Nicholson shouldn't be singing on the otherwise beautiful new version of "Go to the Mirror". But Ann Margret is great and some of the new versions of songs with guest stars, especially "Eyesight to the Blind" and "Pinball Wizard", are classics.

Forget the movie, the soundtrack is where it's at. I like Ken Russell, and the movie is OK, but the visuals just get in the way. Close your eyes and listen, make your own visuals.

I definitely think this is the best version of Tommy, and I think Tommy is a masterpiece. The melodies, the chord sequences...they're incredible. Pete Townshend was such a melodist. Ann-Margret's voice really adds a beautiful touch lacking in the original album, and all the cameos--Clapton, Tina Turner, Elton John--are stunning. The heavy use of synths may have put some people off back in the day, but that aspect has aged really well--the synth patches sound cool, and it accentuates the melodies. And Townshend's guitar is plenty up front and driving things. Side 1 and 2 are a little better than the second half to me, but the whole album is completely deserving of the considerable hype around Tommy.

Wow. You knew the songs were great, but a lot of the performances on the original record left some rounds in the barrel. Not so here. The Who is incredible (especially Daltrey) and guest stars Eric Clapton ("Eyesight to the Blind"), Tina Turner ("Acid Queen"), and Elton John ("Pinball Wizard") really make the material their own and produce three of the best rock and roll covers ever. You do have to take the bad with the good on this record—the bad being Oliver Reed and Jack Nicholson singing. But the good is awesome. Townshend and Company take "Amazing Journey," "Sensation," "I'm Free," "Sally Simpson," "We're Not Gonna Take It" and "See Me, Feel Me" to another dimension. And Ann-Margret does a surprisingly good job with her vocal turns. A hard-to-find record, but well worth the search for the definitive versions of many of these great songs.

Your feedback for Tommy (Soundtrack)