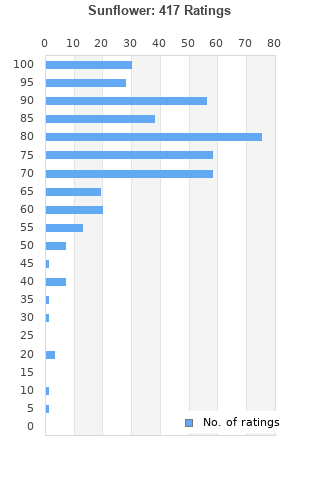 The Beach Boys-Sunflower CD NEW
Condition: Brand New
Time left: 1d 15h 10m 33s
Ships to: Worldwide
$78.96
Go to store
Product prices and availability are accurate as of the date indicated and are subject to change. Any price and availability information displayed on the linked website at the time of purchase will apply to the purchase of this product.  See full search results on eBay

Sunflower is ranked 6th best out of 65 albums by The Beach Boys on BestEverAlbums.com.

The best album by The Beach Boys is Pet Sounds which is ranked number 13 in the list of all-time albums with a total rank score of 55,737. 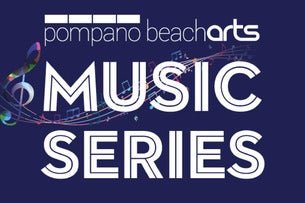 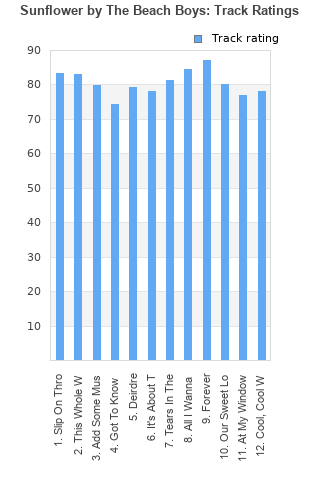 Rating metrics: Outliers can be removed when calculating a mean average to dampen the effects of ratings outside the normal distribution. This figure is provided as the trimmed mean. A high standard deviation can be legitimate, but can sometimes indicate 'gaming' is occurring. Consider a simplified example* of an item receiving ratings of 100, 50, & 0. The mean average rating would be 50. However, ratings of 55, 50 & 45 could also result in the same average. The second average might be more trusted because there is more consensus around a particular rating (a lower deviation).
(*In practice, some albums can have several thousand ratings)
This album is rated in the top 3% of all albums on BestEverAlbums.com. This album has a Bayesian average rating of 78.8/100, a mean average of 78.0/100, and a trimmed mean (excluding outliers) of 78.9/100. The standard deviation for this album is 15.0.

Maybe my 4th favourite BB album after Holland, Surfs Up & Pet Sounds (in that order). Nothing particularly memorable about it but beautifully produced and executed.

This is only the second Beach Boys album I've heard (after Pet Sounds) and I think I enjoy this one more. I hear a Beatles influence for sure, but there is a good smattering of their distinctive melodies and general feel good factor

Great harmonies and arrangements, but this is not for me, Tears in the Morning is the only song that stands out.

This album shows off everything that's great about The Beach Boys: the fact that they could do almost any genre from that time (maybe they should've left rock & roll, but okay); Brian Wilson's genius production techniques; Brian Wilson's out of the box thinking, he basically made Shoegazing with "All I Wanna Do" twenty years before it was a thing; their perfect harmonies; and of course the way too sweet (almost sickening), lovey dovey lyrics.

A nice little effort from the beach boys, one that shows a pretty sizable beatles influence I think. However, it is still very much the beach boys, with their gorgeous harmonies and lush arrangements

The most consistent album I've ever listened to. So happy and brilliantly produced. You get to see not just Brian Wilson, but the whole band a peak creativity.

Overall, I find Dennis Wilson's Woodstock-envy compositions very weak, but there's a lot of innovative material on here too, the harmonies on "This Whole World", the Pet Sounds-like "Our Sweet Love", and of course "All I Wanna Do", which helped lay a precedent for the 2010s.

Far from the greatness of Pet Sounds, this is a good record.
It has not brilliant moments but is very enjoyable and there's not one bad song in it.
"Forever" may be its best song.

Sunflower attempted to relaunch The Beach Boys to commercial success on a new record label. The group is more democratic than ever with all of the members contributing material and taking lead vocals. Don’t go in expecting the same depth of emotion as Pet Sounds – perhaps Sunflower‘s greatest flaw is a lightweight aura – but it’s consistently well crafted pop music.

My second favorite Beach Boys album to Pet Sounds (of course). It has the group at the peak of creativity and cohesion, although Brian had already begun to slip into his whole situation...everyone's contributions here are essential to the final product, which is amazing

Your feedback for Sunflower