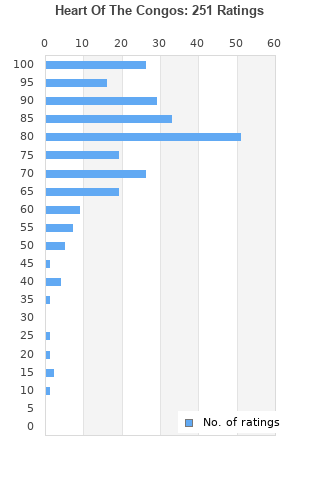 THE CONGOS : HEART OF THE CONGOS ( LP Vinyl) sealed
Condition: New
Time left: 3d 13h 2m 43s
Ships to: Worldwide
£18.99
Go to store
Product prices and availability are accurate as of the date indicated and are subject to change. Any price and availability information displayed on the linked website at the time of purchase will apply to the purchase of this product.  See full search results on eBay

Heart Of The Congos is ranked as the best album by The Congos. 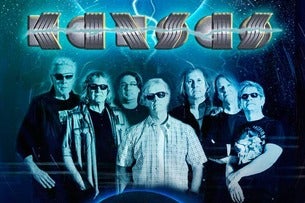 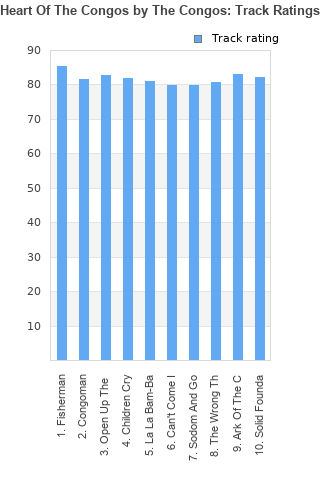 Heart Of The Congos rankings

Heart Of The Congos collection

Heart Of The Congos ratings

Rating metrics: Outliers can be removed when calculating a mean average to dampen the effects of ratings outside the normal distribution. This figure is provided as the trimmed mean. A high standard deviation can be legitimate, but can sometimes indicate 'gaming' is occurring. Consider a simplified example* of an item receiving ratings of 100, 50, & 0. The mean average rating would be 50. However, ratings of 55, 50 & 45 could also result in the same average. The second average might be more trusted because there is more consensus around a particular rating (a lower deviation).
(*In practice, some albums can have several thousand ratings)
This album is rated in the top 2% of albums on BestEverAlbums.com. This album has a mean average rating of 78.0/100. The trimmed mean (excluding outliers) is 79.6/100. The standard deviation for this album is 17.1.

Heart Of The Congos favourites

Heart Of The Congos comments

Entrancing and gentle but a bit repetitive too.

An excellent record. Brilliantly crafted reggae which is almost hypnotic at times in it's delivery. It maybe slightly overlong but it's a small quibble. All in all, a good album. Totally underrated.

Reminds me of Christmas!

As NoWaxJim says this is 'unmitigated genius'! A great album far ahead of its time.

Good stuff. Make sure to only get the blood and fire reissue of this as others have shoddily reproduced sound compared. The blood and fire one is deleted though I think but worth getting as far superior sound wise. Made iTunes refund me when I got a poor version of this. Grat album.

What is most incredible about this album is how otherworldly and full sounding it is given that it was recorded at Black Ark Studios, a 4-track studio with notoriously basic equipment. This is Perry's greatest achievement and - without meaning to do a significant disservice to the band, whose vocal harmonies and rootsy themes are timeless, and were entirely necessary in coaxing this stunning work from Scratch - The Congos are cogs in a much more impressive machine.

Why no-one else has seen fit to comment on this work of unmitigated genius is beyond me. I've got 3 things to say about this LP - 1. it's one of the only JA LPs you can listen to from start to finish and think "you know what, this is an album, not a collection of singles with a few fillers chucked in" (Jamaican music has NEVER been album-focused, but there's some gems around if you look hard enough, this being the prime example). 2. If you ever need evidence that Lee 'Scratch' Perry is a visionary and the most important thing ever to happen to Jamaican music (bar perhaps Coxsone Dodd) here's your proof. and 3. if your knowledge of 'reggae' (horrid word) goes no further than 'Bob Marley', I strongly suggest you whack this on, pump it up, lie back and let it soak in. It will start you on a wonderful, fulfilling journey, trust me...

Your feedback for Heart Of The Congos