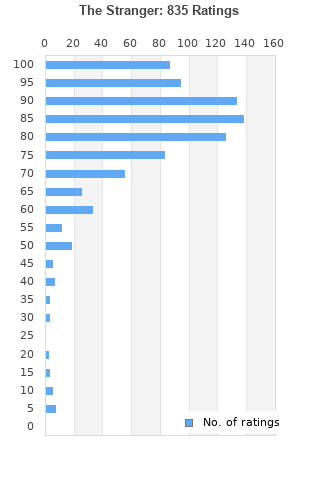 The Stranger is ranked as the best album by Billy Joel. 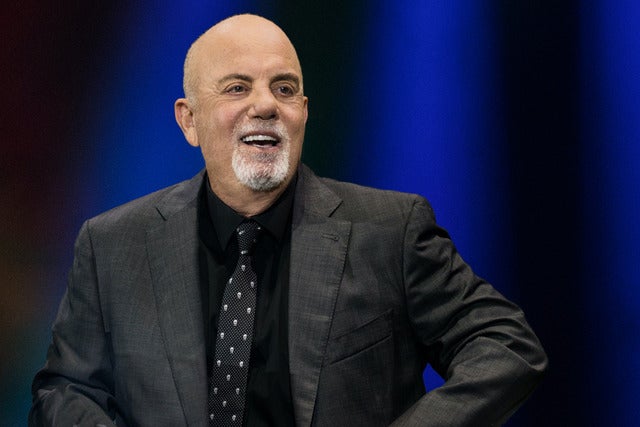 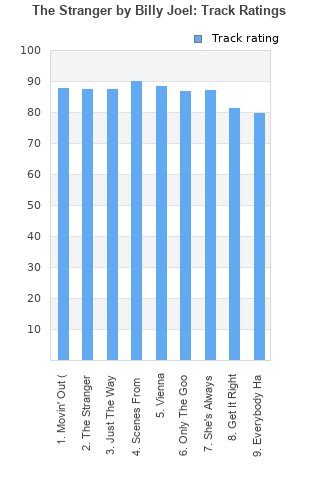 Rating metrics: Outliers can be removed when calculating a mean average to dampen the effects of ratings outside the normal distribution. This figure is provided as the trimmed mean. A high standard deviation can be legitimate, but can sometimes indicate 'gaming' is occurring. Consider a simplified example* of an item receiving ratings of 100, 50, & 0. The mean average rating would be 50. However, ratings of 55, 50 & 45 could also result in the same average. The second average might be more trusted because there is more consensus around a particular rating (a lower deviation).
(*In practice, some albums can have several thousand ratings)
This album is rated in the top 1% of all albums on BestEverAlbums.com. This album has a Bayesian average rating of 81.9/100, a mean average of 80.3/100, and a trimmed mean (excluding outliers) of 82.0/100. The standard deviation for this album is 16.7.

The instrumentals here are superb and they fit very well with his voice and songwriting.

One of the finest collections of pop and rock melodies ever conceived.

From start to finish this album goes on a journey and deserves way more love than it gets.
This was the album that made me fall in love with Billy Joel as an artist and is definitely him at his best. It's clever, emotional, gentle, raw, rich, energetic and calming.

An often underrated and under-appreciated album of sheer quality. The songwriting focuses hard on sing-along catchy piano ballads that have a level of edge and intricacy. Easily Joel's best album.

Amazing album, short and focused, without a single bad track. Not much else to say.

This album is so unforgettable that it’s back on the Billboard top 200 right now. So many timeless tracks, and despite an average sounding final track this album really is just a quality record.

This is an amazing album, no weak tracks just plain art in the singer-songwriter profession.
It is also a grower that will grab you from the balls more with each listening.
Joel is a master of making catchy songs with great hooks and lyrics. His ballads are one of the best ever made.
Recommended, this is fresh and never gets old.

A closing track short of perfect, but still a masterpiece. Amazing album.

yeah this is the greatest decade in music

Your feedback for The Stranger