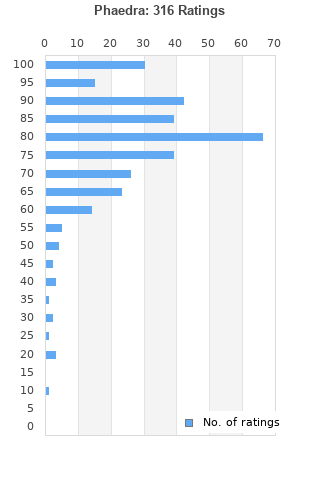 Phaedra is ranked as the best album by Tangerine Dream. 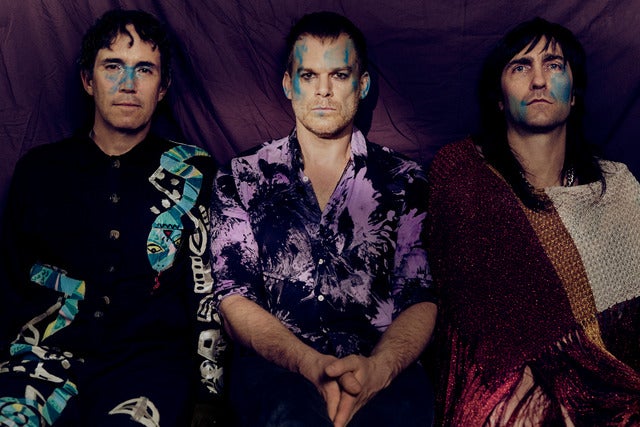 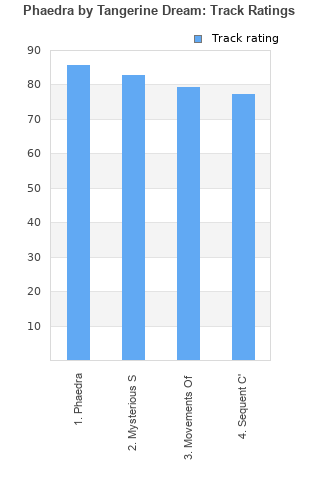 0
2.
Mysterious Semblance At The Strand Of Nightmares
Rating: 83 (72 votes)Comments:

Rating metrics: Outliers can be removed when calculating a mean average to dampen the effects of ratings outside the normal distribution. This figure is provided as the trimmed mean. A high standard deviation can be legitimate, but can sometimes indicate 'gaming' is occurring. Consider a simplified example* of an item receiving ratings of 100, 50, & 0. The mean average rating would be 50. However, ratings of 55, 50 & 45 could also result in the same average. The second average might be more trusted because there is more consensus around a particular rating (a lower deviation).
(*In practice, some albums can have several thousand ratings)
This album is rated in the top 2% of all albums on BestEverAlbums.com. This album has a Bayesian average rating of 79.8/100, a mean average of 78.7/100, and a trimmed mean (excluding outliers) of 80.0/100. The standard deviation for this album is 15.4.

endlessly extended organ chords and recorded sounds. I would call it head music

Superb early ambient space rock that sounds as fresh today as it did back in 1974. Can't really believe it's that old.

It's wild to listen to this and know it was made in 1974. Sounds very ahead of its time

This album is so unique. One of the best albums from 1974 and Tangerine Dream´s best.

Favorite Tracks:Mysterious Semblance At The Strand Of Nightmares

Still think Zeit is their best work, but this is pretty incredible early ambient music

From another world, even now in 2018. Some really eerie use of Mellotron and the first album where the Moog Modular carved out those hypnotic bass sequences. A meditation in sound.

You're the first person to have landed on a cold, uninhabited planet.

This milestone 1974 Krautrock recording achieved unexpected commercial success, inadvertently kickstarting the then fledgling career of Richard Branson who would go on become a world leader in sycophancy and tax avoidance.

I could see why people are saying it hasn't aged as gracefully. But to me this is excellent. A cold and spacious record that will set the blueprint for decades to come.

Your feedback for Phaedra