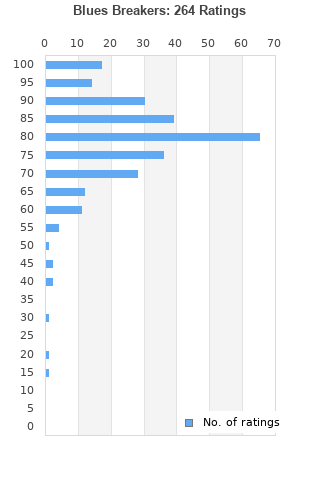 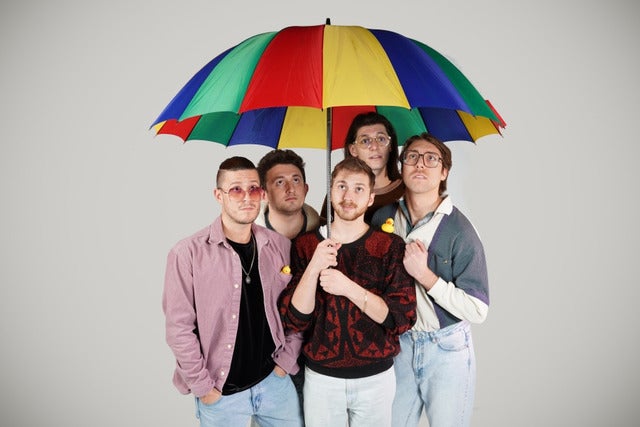 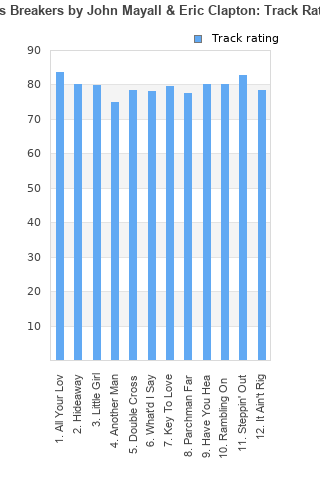 Rating metrics: Outliers can be removed when calculating a mean average to dampen the effects of ratings outside the normal distribution. This figure is provided as the trimmed mean. A high standard deviation can be legitimate, but can sometimes indicate 'gaming' is occurring. Consider a simplified example* of an item receiving ratings of 100, 50, & 0. The mean average rating would be 50. However, ratings of 55, 50 & 45 could also result in the same average. The second average might be more trusted because there is more consensus around a particular rating (a lower deviation).
(*In practice, some albums can have several thousand ratings)
This album is rated in the top 2% of all albums on BestEverAlbums.com. This album has a Bayesian average rating of 79.7/100, a mean average of 79.2/100, and a trimmed mean (excluding outliers) of 79.9/100. The standard deviation for this album is 12.4.

Very a great album to begin your blues digging. The songs have not much originality, but with capable musicians this is enjoyable.
Highlights where EC shows his ability shred.
- Have you heard!
- Stepping Out
- Key to love
- Hideaway

not for me. nope

One of the best blues records I've ever heard

This is where Les-Paul-into-a-Marshall-amp begins, with Clapton playing louder in the studio than anyone had ever heard, bleeding on to all the other tracks and causing all sorts of problems for the recording engineers. It's about that sweet but stinging tone, and all those Freddy King-influenced licks. At this particular moment, before Hendrix, Duane Allman, Jimmy Page, Roy Buchanan and a lot of others had emerged onto the scene, it's Clapton, Michael Bloomfield, and maybe Jeff Beck (but he struggled to find the right setting) as the best guitarists in the white pop world, and it's this album, nothing he did before, that put Clapton there.

Clapton's best stuff is only on six or so tracks; the rest of the time I'm sort of waiting for him to bring that tone back to the front. There are a couple of the cornball covers (What'd I Say with a so-so drum solo, the inevitable Mose Allison tune) that Brit blues guys hadn't yet gotten past. I can see why it might be a bit underwhelming for people who aren't deep into the guitar history of it all, but that Les Paul through a 45-watt Marshall 2 x 12...that's the stuff.

Pretty standard blues rock album with a great cover of what’d I say and amazing musicianship all around.

If you're a Clapton or Fleetwood Mac enthusiast, and/or love this shade of blues, definitely scoop this album up. If you're a take-it-or-leave-it British blues fan, this won't change your life.

Good blues album with Eric Clapton i appreciate it. For me grade A+ and i like it very smooth.

Love this album. So damn cool. Clapton may be the star but I love everyone's contributions here, and THAT'S why the album is great, not just because of Clapton.

Your feedback for Blues Breakers