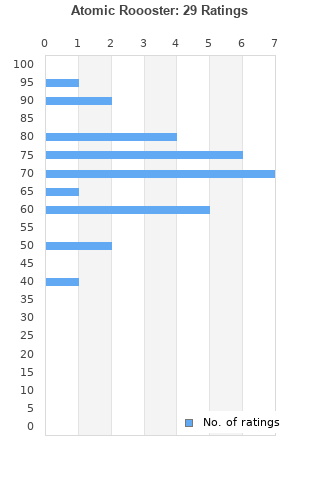 The best album by Atomic Rooster is Death Walks Behind You which is ranked number 6176 in the list of all-time albums with a total rank score of 198. 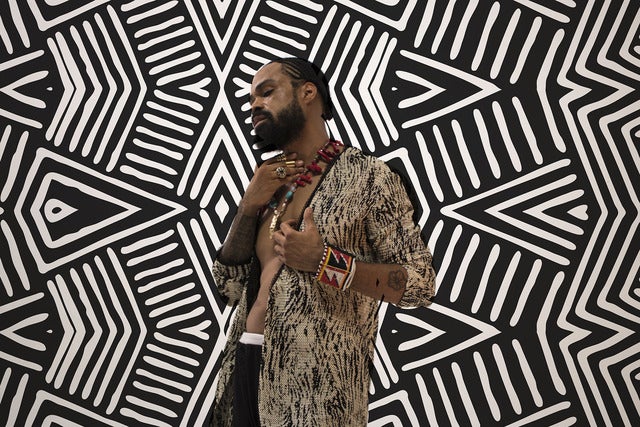 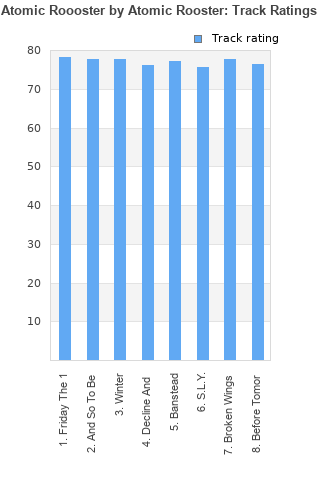 Rating metrics: Outliers can be removed when calculating a mean average to dampen the effects of ratings outside the normal distribution. This figure is provided as the trimmed mean. A high standard deviation can be legitimate, but can sometimes indicate 'gaming' is occurring. Consider a simplified example* of an item receiving ratings of 100, 50, & 0. The mean average rating would be 50. However, ratings of 55, 50 & 45 could also result in the same average. The second average might be more trusted because there is more consensus around a particular rating (a lower deviation).
(*In practice, some albums can have several thousand ratings)
This album is rated in the top 25% of albums on BestEverAlbums.com. This album has a mean average rating of 75.0/100. The trimmed mean (excluding outliers) is 75.0/100. The standard deviation for this album is 8.9.

Atomic Rooster is a criminally overlooked band, they kept a long string of great albums going for several years. In their debut album, they come straight out of the gate with a signature sound and style. It mainly formed out of members from The Crazy World of Arthur Brown, a psychedelic shock rock band that performed throughout the late 60's. Another edition to the band'a lineup is Carl Palmer, one of the greatest drummers of all time. This is the only Atomic Rooster album he played in, before moving on to ELP for more success. This album takes notes from many different genres, mainly from Early Progressive, Blues and Psychedelic rock. I highly recommend you check out this album and the band as a whole if you haven't already.

Atomic Rooster's nearly eponymous debut album (there's an extra o in thier second name; I didn't notice it at first) and their only album to feature the original line-up of Nick Graham (vocals/bass/flute), Vincent Crane (piano/organ), and Carl Palmer (drums/percussions), before he went on to form part of ELP. He certainly gets a good warm up here anyway.

Your feedback for Atomic Rooster