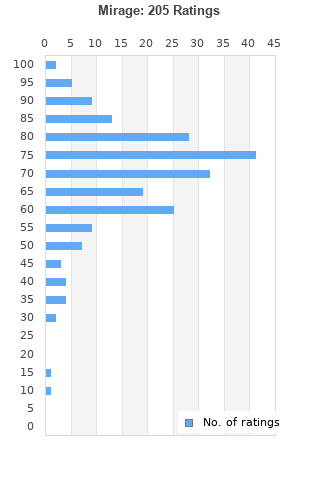 Mirage is ranked 6th best out of 33 albums by Fleetwood Mac on BestEverAlbums.com.

The best album by Fleetwood Mac is Rumours which is ranked number 29 in the list of all-time albums with a total rank score of 36,740. 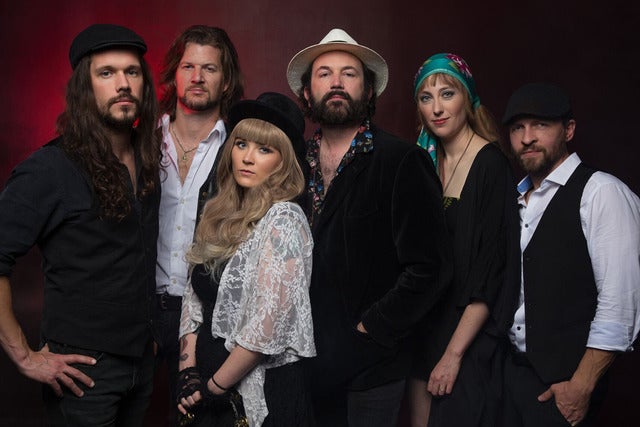 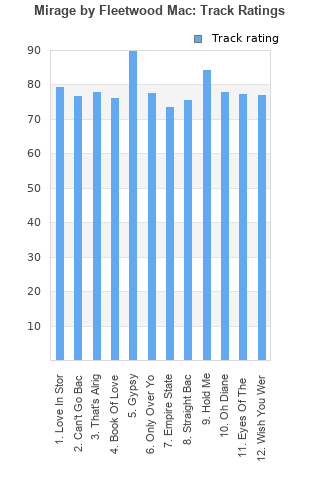 Rating metrics: Outliers can be removed when calculating a mean average to dampen the effects of ratings outside the normal distribution. This figure is provided as the trimmed mean. A high standard deviation can be legitimate, but can sometimes indicate 'gaming' is occurring. Consider a simplified example* of an item receiving ratings of 100, 50, & 0. The mean average rating would be 50. However, ratings of 55, 50 & 45 could also result in the same average. The second average might be more trusted because there is more consensus around a particular rating (a lower deviation).
(*In practice, some albums can have several thousand ratings)
This album has a mean average rating of 69.0/100. The trimmed mean (excluding outliers) is 69.8/100. The standard deviation for this album is 14.5.

Underrated. It's slick, pop-orientated and a great set of songs. A step towards the delicate soundscapes of Tango but retaining some of the raw emotion of Rumours. It has arguably the best harmonies and vocal interplay on any Fleetwood Mac album, which is saying something! I love it. My favourite album of theirs, for now at least.

Buckinghams album , I really like this album and remember listening to it on Record with old fashion Headphone Cups . IMO better than Tango In The Night

I love this album I think it is where Christine McVie took over and Stevie & Lindsay added their contributions. Christine's songs (Gypsy being the exception) are so much stronger than the rest. It is so refreshing to hear her at the forefront.

absolutely adequate, well-crafted, catchy folk-pop songs. of course all this doesn't have the intellectual depth of an "birthday party"-record - but FM doesn't even try and therefore it's good customer-orientated quality music with 2-3 weaker songs.

and yet another 80's cassette not played until most recently on Spotify its not 'Rumours' but some good tunes here I like Can't Go Back,Gypsy,Love In Store,Hold Me

McVie's "Love in Store" and "Hold Me" are timeless pop classics. Nicks' "Gypsy" and "That's Alright," although not up to the level of McVie's best, are also excellent.

As a member of Fleetwood Mac, "Mirage" is Lindsey Buckingham's weakest album. "Oh Diane" is an enjoyable ditty, and "Can't Go Back" is pleasant enough; however, it seems as though Buckingham saved his better songs from this period for his soon-to-be-released solo album.

Although this album went to #1 in America, overall, this is the weakest Fleetwood Mac album featuring the classic-era line-up. That said, it's not a bad album by any means, and it's infinitely more listenable than most other pop albums of the time.

Not "Rumours", not "Fleetwood Mac"..."Mirage" was the first FM album I ever bought so I guess that's why it has a special place in my heart (and in my chart).

Your feedback for Mirage