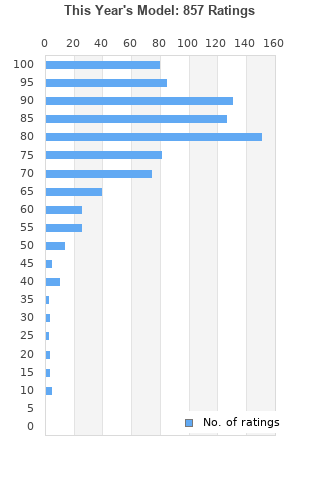 This Year's Model is ranked as the best album by Elvis Costello. 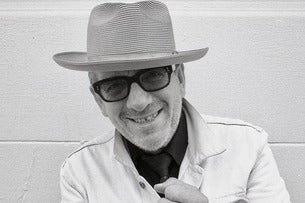 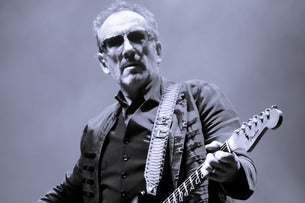 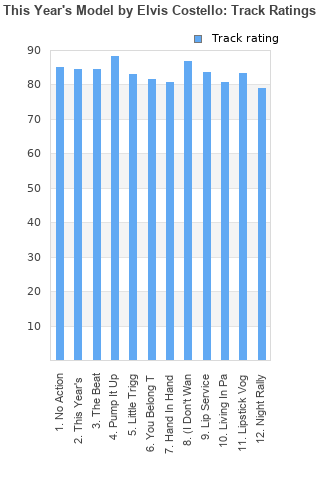 Rating metrics: Outliers can be removed when calculating a mean average to dampen the effects of ratings outside the normal distribution. This figure is provided as the trimmed mean. A high standard deviation can be legitimate, but can sometimes indicate 'gaming' is occurring. Consider a simplified example* of an item receiving ratings of 100, 50, & 0. The mean average rating would be 50. However, ratings of 55, 50 & 45 could also result in the same average. The second average might be more trusted because there is more consensus around a particular rating (a lower deviation).
(*In practice, some albums can have several thousand ratings)
This album is rated in the top 1% of all albums on BestEverAlbums.com. This album has a Bayesian average rating of 81.0/100, a mean average of 80.0/100, and a trimmed mean (excluding outliers) of 81.1/100. The standard deviation for this album is 15.5.

The musicianship, especially the drumming, is superb. The songwriting is crisp, although not mind-blowingly great. Pump It Up is an all-timer of a fun jam.

The problem, at least for me, is that there’s something off putting and obnoxious about Costello’s voice and/or persona. I can’t quite put my finger on it, but I just don’t like the guy.

This is a good collection of energetic songs.

Power pop seems to have been in full swing in 1978. I personally prefer The Cars' debut, but this is a good record too. Pump It Up is a great rock song.

His best ever IMHO, which is no small proclamation. So many great albums. That this isn't among his 3 on "1001 albums you must hear before you die" is ridiculous.

Fun rock 'n' roll with an inevitable punk tinge. Pretty forgettable. Really don't know why people are calling this a masterpiece, no clue. I hope it has something to do with his lyrics, 'cause the music can't be it. I would not go as far to say he should've stayed playing in pubs, but he gives me a certain please-the-crowd impression that you see in your local pub rock star. In a time when disco was booming and the critics overpopulated by them who hate it, of course they're gonna throw every pub rocker in the spotlight that can write slightly above average tunes and (supposedly) is a very intelligent writer. And then Pitchfork probably just didn't dare to go against the consensus that was established with its release (and god knows the average music forum visitor doesn't have the spine). So I think the initial reaction which was exeggarated because of the fear to lose rock to disco has now put us in an endless peer pressure loop that forces everyone to love it.
I'll be honest if you are: the album is not exactly '50s/'60s rock 'n' roll; I wouldn't go so far to say you could just as well put on some Presley or Berry, but there is no huge departure, and the bit in his style that is slightly different is half punk mimicry and half the melodic side to it that makes critics shout power pop. Sure, coin a new term for a genre for an incredibly tiny, stylistic change, it wouldn't be the last time this happens. So now the question: Has this style he has inspired a lot of artists that came after? Can you even name one artist whose music has a clear Elvis Costello influence? Sure, some artists say they liked it a lot, but that's not cultural relevance. I think even if you would find one artist, you wouldn't even notice since it is nearly indistinguishable from old school rock 'n' roll.

Without a doubt this is a step up from the debut. There may not be anything here quite as good as Alison, but overall, the standard here is very high. A lot of credit should go to the Attractions but Elvis is the main attraction of course!

Your feedback for This Year's Model