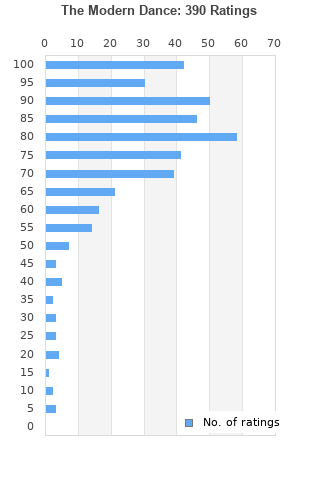 Pere Ubu-The Modern Dance (UK IMPORT) CD NEW
Condition: Brand New
Time left: 2d 7h 32m 2s
Ships to: Worldwide
$17.19
Go to store
Product prices and availability are accurate as of the date indicated and are subject to change. Any price and availability information displayed on the linked website at the time of purchase will apply to the purchase of this product.  See full search results on eBay

The Modern Dance is ranked as the best album by Pere Ubu.

Tickets from Ticketmaster Get tickets
May
22
Sat
21:00 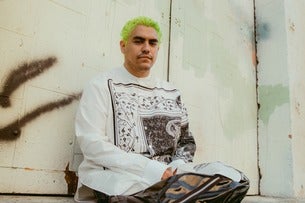 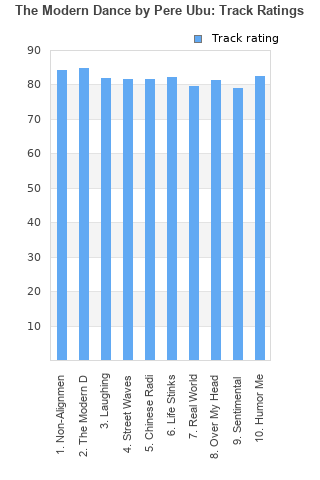 Rating metrics: Outliers can be removed when calculating a mean average to dampen the effects of ratings outside the normal distribution. This figure is provided as the trimmed mean. A high standard deviation can be legitimate, but can sometimes indicate 'gaming' is occurring. Consider a simplified example* of an item receiving ratings of 100, 50, & 0. The mean average rating would be 50. However, ratings of 55, 50 & 45 could also result in the same average. The second average might be more trusted because there is more consensus around a particular rating (a lower deviation).
(*In practice, some albums can have several thousand ratings)
This album is rated in the top 2% of all albums on BestEverAlbums.com. This album has a Bayesian average rating of 79.6/100, a mean average of 78.3/100, and a trimmed mean (excluding outliers) of 79.8/100. The standard deviation for this album is 18.0.

Good album a little bit average but ok. I give it a good 85 for interesting noise rock and punk rock like the Sex Pistols.

This album was surprisingly fun to listen to, although I found the last ten minutes or so more of a trial than I typically like.

One of my all time favorites. Brilliant! A masterpiece.
I first heard this masterpiece in 1980 at universty, and although it sounds relatively tame in 2017, in 1978 'The Modern Dance' was a radical revolutionary new kind of music, birthed in punk - soaked in experimentation and sophistication.
It has dated well, an exceptional work.

A great post punk album. Similar in attitude and presentation with Joy Division's, unknown pleasures. The modern dance, is a fantastic record of alienation, frustration, and anger, and delivered with a swagger. There is no point in picking out individual tracks, it all needs to be listened together in one sitting, like most great albums. A classic late seventies LP.

A challenging album, not to everyone taste. If the listener pays attention it's capable of creating a soundscape environment unlike anything you've heard before. Highly recommended.

I was so excited about this on the first listen and on many more to come!

Not quite a masterpiece to me yet, but I could see it growing on me more.

My friend said that this is like a collection of the most annyoing sounds he know - the high pitched distortion on Non-Alignment Pact, the applause section in Chinese Radiation, the shouting and saxophone playing in Life Stinks, the entire Sentimental Journey and just generally David Thomas' vocals

Pere Ubu take the spirit of old-style garage-rock and distort it in a rhythmically groteque way. These 'Beefheart-ian' influences, are though, merely an alibi for frontman David Thomas's nuerosis, surreal lyrics and abstract humour which emphasise the dramatic force of his theatrical-style performance. The atmosphere of 'The Modern Dance' is one of spiritual decay of post-industrial society and the sense of alienation, anxiety and fatalism that stems from that. These feelings are expressed through primordial and grotesque musical textures that often take the form of psychedelic dissonance, electronic distortions, expressionism and Dadaist abstractions. This album is arguably the most original and innovative of the new wave and sounds about a decade ahead of its time. This is probably the first post-punk album. In many ways, like the art of Beefheart and Red Crayola, this album represents a musical vocabulary that has still yet to be fully realized or understood by mainstream critics. This is why you are unlikely to find it on many 'best of' lists. I like the fact that Pere Ubu, as with Faust who artistically they have much in common with, tend to shun the commercial circuit.

This is just perfect. This is what cities were like in the eighties.

Your feedback for The Modern Dance