Against Perfection (studio album) by Adorable 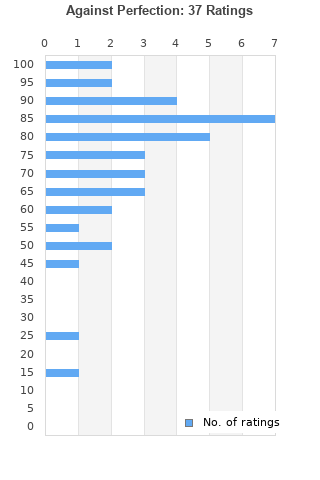 ADORABLE-Against Perfection VINYL NEW
Condition: New
Time left: 7h 27m 17s
Ships to: Worldwide
$43.59
Go to store
Product prices and availability are accurate as of the date indicated and are subject to change. Any price and availability information displayed on the linked website at the time of purchase will apply to the purchase of this product.  See full search results on eBay

Against Perfection is ranked as the best album by Adorable. 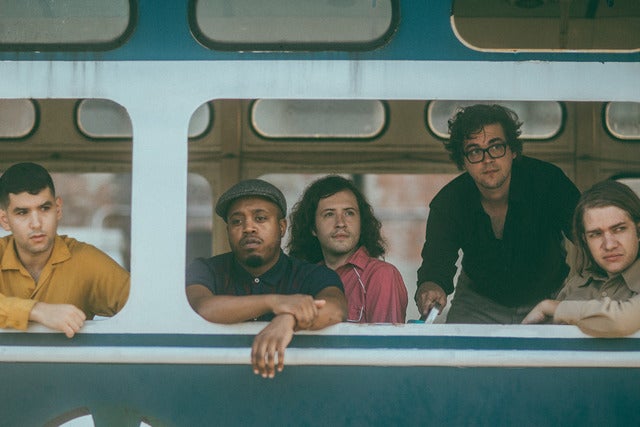 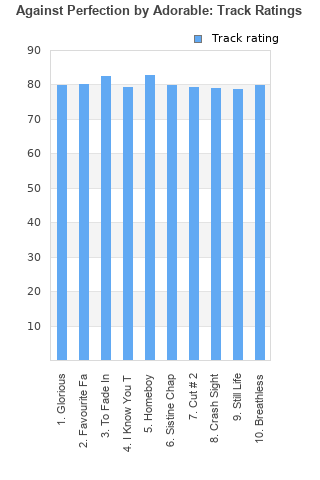 Rating metrics: Outliers can be removed when calculating a mean average to dampen the effects of ratings outside the normal distribution. This figure is provided as the trimmed mean. A high standard deviation can be legitimate, but can sometimes indicate 'gaming' is occurring. Consider a simplified example* of an item receiving ratings of 100, 50, & 0. The mean average rating would be 50. However, ratings of 55, 50 & 45 could also result in the same average. The second average might be more trusted because there is more consensus around a particular rating (a lower deviation).
(*In practice, some albums can have several thousand ratings)
This album is rated in the top 4% of all albums on BestEverAlbums.com. This album has a Bayesian average rating of 77.3/100, a mean average of 76.5/100, and a trimmed mean (excluding outliers) of 79.1/100. The standard deviation for this album is 18.5.

If this album had come out in say 1989 it and they would have been huge, however by 1993 shoegaze had already passed for the guilt edged power of The Smashing Pumpkins (‘Siamese Dream’) and of course some band called Nirvana (‘In Utero’) and I must confess I’d made the transition myself

This album surpasses shoegaze: it's just one of the best albums of the nineties and the opening trio is amazing although all three the tracks are very different. The positive vibes of this album are just hitting you like a hailstorm.

Amazing. Probably came just tad late for shoegaze scene and weremore tham that anyways. Should of been huge.

Classic shoegaze album. "A To Fade In" is an incredible track and one of my alltime favourites.

Your feedback for Against Perfection