Vs. (studio album) by Pearl Jam 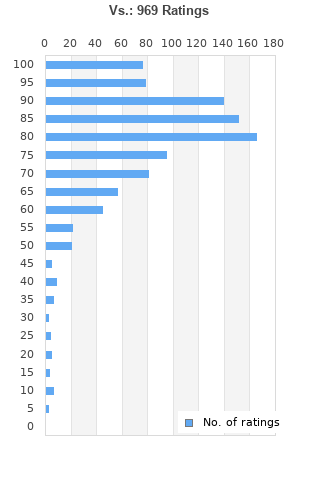 Vs. is ranked 2nd best out of 80 albums by Pearl Jam on BestEverAlbums.com.

The best album by Pearl Jam is Ten which is ranked number 51 in the list of all-time albums with a total rank score of 22,835. 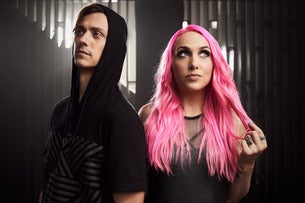 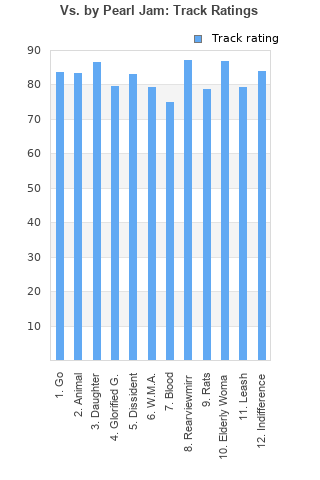 Elderly Woman Behind The Counter In A Small Town
Rating: 87 (243 votes)Comments:

Rating metrics: Outliers can be removed when calculating a mean average to dampen the effects of ratings outside the normal distribution. This figure is provided as the trimmed mean. A high standard deviation can be legitimate, but can sometimes indicate 'gaming' is occurring. Consider a simplified example* of an item receiving ratings of 100, 50, & 0. The mean average rating would be 50. However, ratings of 55, 50 & 45 could also result in the same average. The second average might be more trusted because there is more consensus around a particular rating (a lower deviation).
(*In practice, some albums can have several thousand ratings)
This album is rated in the top 2% of all albums on BestEverAlbums.com. This album has a Bayesian average rating of 79.7/100, a mean average of 78.5/100, and a trimmed mean (excluding outliers) of 79.8/100. The standard deviation for this album is 16.2.

This is slightly different to their debut but there is still loads to love on this record and it is an under rated follow up. It is very tough to follow an album as good as Ten is and you can see they struggled a little to figure out which way they wanted to take the music. Once the record gets started though we are kicked right into a storm with 2 extremely energetic tracks which are possibly my favourite on the record. This really gives us an idea of what the rest of the album is going to be like and they follow this pattern, to a varying degree of success, on the rest of the tracks. It can be a bit up and down in spells but when the group get going they really create some powerful and enjoyable songs. Songs like Daughter and Rearviewmirror are prime examples of this and are very catchy. It does drag on a little too long for me however and it is let down by some filler cuts. Overall, this flies a little under the radar of some listeners due to the quality of Ten even though it deserves a lot of praise and is a very strong follow up.

PJ is my favorite band of the era and this album is good, but I really miss the great guitar solos from Ten.

Superb. Ten was a tough act to follow but this album does a pretty good job of it. There are even times where I consider them on a par with each other which is high praise indeed. Very consistent album. My favourites are Rearviewmirror, Rats, WMA and Go. Some great ballads on here like Elderly Woman and Daughter.

I see Vs. as a ballsy follow-up to a massively successful album. I love the raw energy this album has. It may not have the timeless tracks Ten has, but there is a lot to like here.

Key tracks: Go, Daughter, Animal, Rats and Elderly Woman Behind a Counter in a Small Town

Ten is a tough debut to follow, and at first I considered this a sophomore slump. Over the years I’ve really come to appreciate Vs. and now it’s probably my favorite PJ record.

No song in the album is as good as "Jeremy" or "Black" or even "Alive", but still, solid album.

Your feedback for Vs.