Murder Of The Universe (album) by King Gizzard & The Lizard Wizard 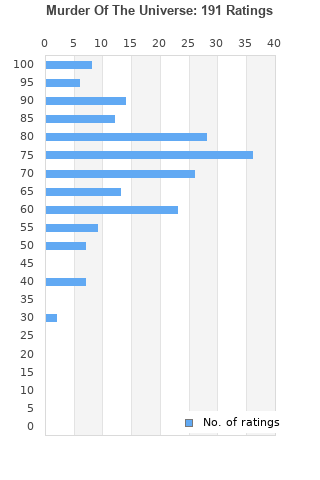 KING GIZZARD AND THE LIZARD WIZARD~MURDER OF THE UNIVERSE ~VOMIT SPLATTER~NEW LP
Condition: New
Time left: 13h 29m 47s
Ships to: Worldwide
$40.00
Go to store
Product prices and availability are accurate as of the date indicated and are subject to change. Any price and availability information displayed on the linked website at the time of purchase will apply to the purchase of this product.  See full search results on eBay

Murder Of The Universe is ranked 5th best out of 15 albums by King Gizzard & The Lizard Wizard on BestEverAlbums.com.

The best album by King Gizzard & The Lizard Wizard is Nonagon Infinity which is ranked number 840 in the list of all-time albums with a total rank score of 2,205. 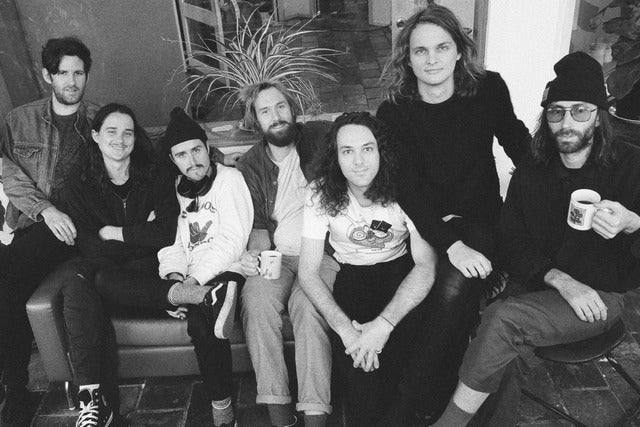 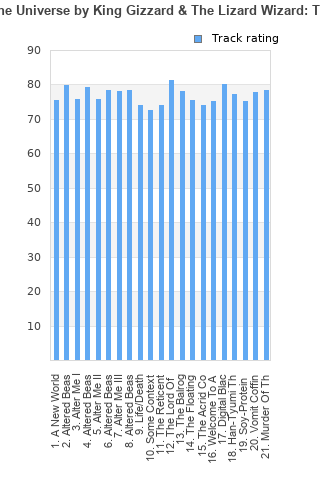 Murder Of The Universe rankings

Murder Of The Universe collection

Murder Of The Universe ratings

Rating metrics: Outliers can be removed when calculating a mean average to dampen the effects of ratings outside the normal distribution. This figure is provided as the trimmed mean. A high standard deviation can be legitimate, but can sometimes indicate 'gaming' is occurring. Consider a simplified example* of an item receiving ratings of 100, 50, & 0. The mean average rating would be 50. However, ratings of 55, 50 & 45 could also result in the same average. The second average might be more trusted because there is more consensus around a particular rating (a lower deviation).
(*In practice, some albums can have several thousand ratings)
This album has a mean average rating of 72.0/100. The trimmed mean (excluding outliers) is 71.8/100. The standard deviation for this album is 14.2.

Murder Of The Universe favourites

Murder Of The Universe comments

I used to be one of those people that thought The Tale Of The Altered Beast was a tad too long until I saw it all live! The spoken word bothers some people but some of Gizz's most profound lyrical content is found in this album. With that being said, this album is right in the middle of their discography rankwise IMO

Strongly misunderstood album in the band's massive discography. If you enjoy the lore that King Gizzard creates behind their music, this album is a must. The concept is fantastic, the faster, aggressive approach is incredible, and the 3 story format is original and exciting. A shame that the spoken word moments aren't appreciated.

This alum was a whole new experience for me, I wasn't expecting this at all. Better than Nonagon Infinity and Flying Microtonal Banana in my opinion.

Not bad, I appreciate the idea but at times it is quite annoying.

What an oddyssey. This album may have lots of filler, but it really is an unforgettable ride about monsters, epic fights and existencialist robots. Not quite as good as "Flying Microtonal Banana", but worth listening to just for the fun of it.

Highlights: "Altered Beast I", "Lord of Lightning", "Murder of the Universe"

I hopped in the bag wagon during Nonagon Infinity. I love Flying Microtonal Banana and I love this! Some listeners may say it is too out there but this is some of the mostly creative and exciting rock out the today! Unlike anything I've heard. At least give it one listen for the thrill.

this blew my damn mind.

Your feedback for Murder Of The Universe