Ringleader Of The Tormentors (studio album) by Morrissey 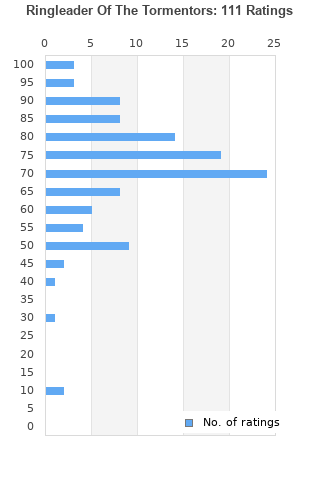 Ringleader Of The Tormentors is ranked 8th best out of 23 albums by Morrissey on BestEverAlbums.com.

The best album by Morrissey is Viva Hate which is ranked number 1124 in the list of all-time albums with a total rank score of 1,653. 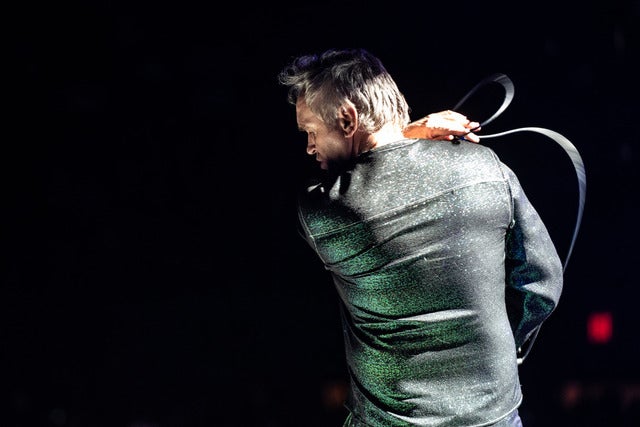 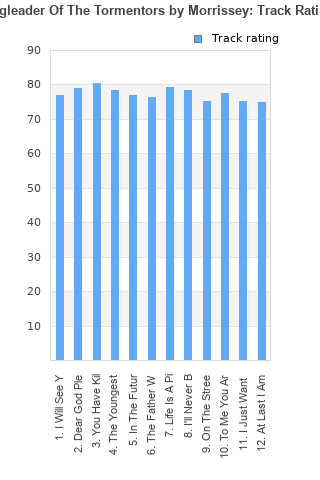 #
Track
Rating/Comments
1.
I Will See You In Far-Off Places
Rating: 77 (15 votes)Comments:

Ringleader Of The Tormentors rankings

Ringleader Of The Tormentors collection

Ringleader Of The Tormentors ratings

Rating metrics: Outliers can be removed when calculating a mean average to dampen the effects of ratings outside the normal distribution. This figure is provided as the trimmed mean. A high standard deviation can be legitimate, but can sometimes indicate 'gaming' is occurring. Consider a simplified example* of an item receiving ratings of 100, 50, & 0. The mean average rating would be 50. However, ratings of 55, 50 & 45 could also result in the same average. The second average might be more trusted because there is more consensus around a particular rating (a lower deviation).
(*In practice, some albums can have several thousand ratings)
This album has a Bayesian average rating of 72.7/100, a mean average of 71.4/100, and a trimmed mean (excluding outliers) of 72.7/100. The standard deviation for this album is 16.2.

Ringleader Of The Tormentors favourites

Ringleader Of The Tormentors comments

It's a second-rate "Quarry" sequel. I think disappointment as a career-rebound-followup is what sunk this into my memory recesses. But it's a fun, Morissey tongue-in-cheek album. He doesn't sound as passionate about his work this time around, like this is a cover for a headlining tour or a way to put his name out there to save some Canadian seals, but it's still good music. i feel his longing in "i will see you in far off places", his ironic non-absence in "you have killed me" and believe his non-insistence "in the future when all's well". But i also feel his non-commitment to a full-fledged album, which is why this album almost didn't make it, and i'll probably feel shouldn't've a year from now.

Your feedback for Ringleader Of The Tormentors