Heaven And Earth is ranked 2nd best out of 5 albums by Kamasi Washington on BestEverAlbums.com.

The best album by Kamasi Washington is The Epic which is ranked number 761 in the list of all-time albums with a total rank score of 2,477. Outliers can be removed when calculating a mean average to dampen the effects of ratings outside the normal distribution. This figure is provided as the trimmed mean. A high standard deviation can be legitimate, but can sometimes indicate 'gaming' is occurring. Consider a simplified example* of an item receiving ratings of 100, 50, & 0. The mean average rating would be 50. However, ratings of 55, 50 & 45 could also result in the same average. The second average might be more trusted because there is more consensus around a particular rating (a lower deviation).
(*In practice, some albums can have several thousand ratings)
This album is rated in the top 3% of albums on BestEverAlbums.com. This album has a mean average rating of 78.0/100. The trimmed mean (excluding outliers) is 78.6/100. The standard deviation for this album is 12.9.

Probably the best jazz album I’ve heard in years, this dramatic diptych conjures up all sorts of imagery in its two-and-a-half-hour runtime, but for me the most enduring image is that of an Afrofuturist take on Michael Powell’s A Matter of Life and Death. The ascent from Earth to Heaven is slow and uncertain but there’s not a single minute I’d take out of it.

Some very strong highlights but comes across as bloated and indulgent in parts, and lacks the quality of both his preceding records.

I've been listening to it a while, and it's just not the Epic. The Epic I could put on any time and smile ear to ear. I would say some of the songs are still very strong but there just isn't the same consistency of passion.

In a year year with, so far, lousy new releases, this one is very welcome. Gonna take time though,to give an accurate apperception of its quality. So far, it makes me more happy than any other record this year. I have my doubts that it will last in say 5 years. I get a small doubts. My emotions tends to flatten out sometimes. I tend to feel I'm in a movie, again and again, and the same. Not bad, but the same.... I don't know. Let's stay open :)

He did it again, and it is a similar formula but if it ain't broke and all that. He's just so accessible and as has been said, is possibly getting a new generation into jazz. His music is just so full of feeling. Also, in an era where music is geared towards streaming and when the albums you do decide to buy to hear in better quality but are regularly let down sound wise, vinyl and cd, it's great to hear this guy's stuff on physical format. I have his last on vinyl and this on cd, they both sound wonderful. So if you're a fan, splash out and buy, no disappointments.

It's another fine set and superbly played but it's just, The Epic, all over again. There are no surprises here, nothing added or taken away from it's predecessor. Yes, it's very good, but Kamasi's heroes like John Coltrane and Ornette Coleman always kicked on and yes, I know it's early days and there is still so much to come and to devour on this new record but I am a bit disappointed that it isn't a little more diverse and challenging. Maybe next time. In some ways it's jazz for people not really into jazz, but if this album gets more people interested in the genre then great. Good, but I wanted a few surprises.

Kamasi is becoming one of my favorite artists. The Epic was phenomenal and this is no less beautiful or engaging. I'm picking up huge mid-70's Stevie Wonder vibes here, but of course mixed in with Kamasi's innate and ferocious style of jazz.

A legend in the making.

Goddamn, this album never lets up. It's like a 2 hour long orgasm

He did it again. A sophomore album that not only live up to the bar that he set in The Epic which was super high. But was by a smidgen better than the debut. I mentioned this before but if Kamasi and his crew was able to knock a third homerun, to me he will be the best artist ever. And I do mean that. Even albums I love with musicians I love were never able to get two massive homeruns back to back like this. 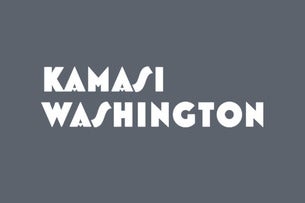 Your feedback for Heaven And Earth