Orpheus Vs. The Sirens (studio album) by Hermit And The Recluse 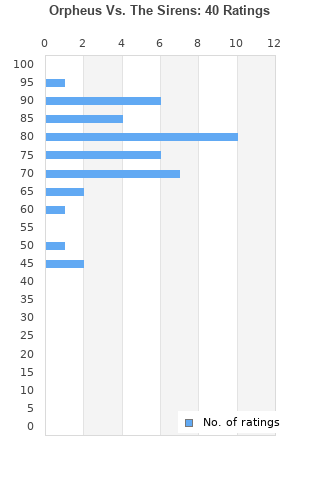 KA ORPHEUS VS THE SIRENS LIMITED OCEAN BLUE VINYL *SEALED*
Condition: New
Time left: 13d 4h 20m 36s
Ships to: Worldwide
$300.00
Go to store
Product prices and availability are accurate as of the date indicated and are subject to change. Any price and availability information displayed on the linked website at the time of purchase will apply to the purchase of this product.  See full search results on eBay

Hermit And The Recluse bestography 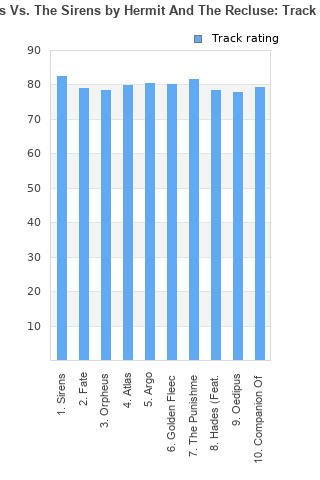 Orpheus Vs. The Sirens rankings

Orpheus Vs. The Sirens collection

Orpheus Vs. The Sirens ratings

Rating metrics: Outliers can be removed when calculating a mean average to dampen the effects of ratings outside the normal distribution. This figure is provided as the trimmed mean. A high standard deviation can be legitimate, but can sometimes indicate 'gaming' is occurring. Consider a simplified example* of an item receiving ratings of 100, 50, & 0. The mean average rating would be 50. However, ratings of 55, 50 & 45 could also result in the same average. The second average might be more trusted because there is more consensus around a particular rating (a lower deviation).
(*In practice, some albums can have several thousand ratings)
This album is rated in the top 10% of all albums on BestEverAlbums.com. This album has a Bayesian average rating of 75.7/100, a mean average of 75.4/100, and a trimmed mean (excluding outliers) of 76.4/100. The standard deviation for this album is 13.3.

Orpheus Vs. The Sirens favourites

Orpheus Vs. The Sirens comments

Ka explores different themes theough his albums. After the chess on "The Night's Gambit", the book "The Manchurian Candidate" on "Days with Dr. Yen Lo", then the samurai with "Honor Killed The Samurai", he now turns to Greek mythology with "Orpheus vs. The Sirens ". Thus each title of the project refers to a character or a famous passage of mythology: Hades, Sisyphus, Oedipus ... As usual, the Brooklyn MC expresses his experience on each piece, talking about his growing up as a teenager in New York devastated by crack and crime. Thus, Ka compares to Orpheus. Ka joined the Animoss beatmaker to form the Hermit & The Recluse duo. Animoss productions, rather minimalist and pure, fit perfectly into the mythological universe developed in the lyrics. With "Orpheus vs. The Sirens", Ka will have, once again, adapted a theme in the best way. He comes to affirm his talent and add a new record to his perfect discography. For personal reasons, "Orpheus vs. The Sirens" is my favorite album from Ka's discography.

Your feedback for Orpheus Vs. The Sirens