Live At The Paramount (live album) by Nirvana 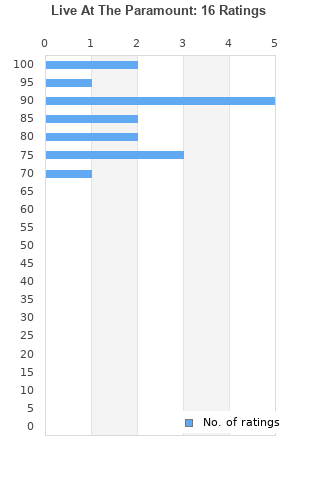 NIRVANA Happy Halloween (Live At The Paramount Theatre, Seattle, October 31, 19
Condition: New
Time left: 5d 7h 47m 1s
Ships to: Worldwide
$31.99
Go to store
Product prices and availability are accurate as of the date indicated and are subject to change. Any price and availability information displayed on the linked website at the time of purchase will apply to the purchase of this product.  See full search results on eBay

Live At The Paramount is ranked 10th best out of 17 albums by Nirvana on BestEverAlbums.com.

The best album by Nirvana is Nevermind which is ranked number 16 in the list of all-time albums with a total rank score of 50,455. 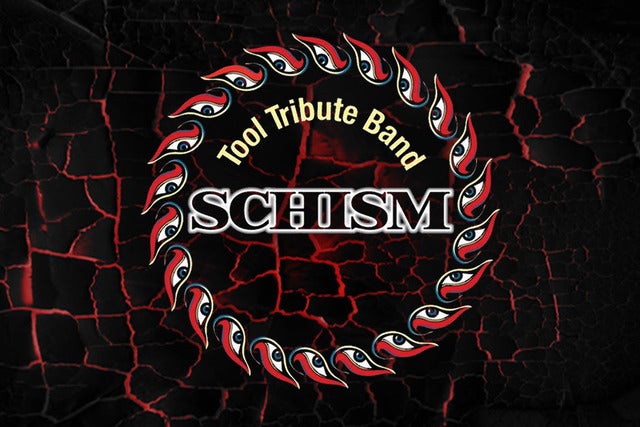 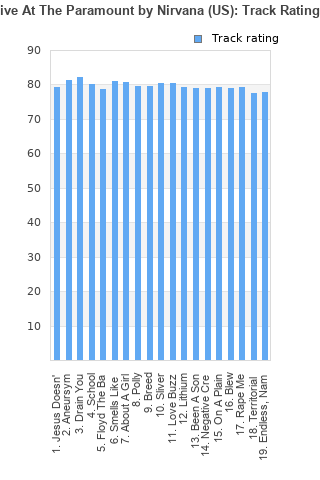 Live At The Paramount rankings

Live At The Paramount collection

Live At The Paramount ratings

Rating metrics: Outliers can be removed when calculating a mean average to dampen the effects of ratings outside the normal distribution. This figure is provided as the trimmed mean. A high standard deviation can be legitimate, but can sometimes indicate 'gaming' is occurring. Consider a simplified example* of an item receiving ratings of 100, 50, & 0. The mean average rating would be 50. However, ratings of 55, 50 & 45 could also result in the same average. The second average might be more trusted because there is more consensus around a particular rating (a lower deviation).
(*In practice, some albums can have several thousand ratings)
This album is rated in the top 2% of all albums on BestEverAlbums.com. This album has a Bayesian average rating of 79.2/100, a mean average of 84.2/100, and a trimmed mean (excluding outliers) of 84.2/100. The standard deviation for this album is 8.1.

Live At The Paramount favourites

Live At The Paramount comments

Context of concert: 'Nevermind' came out September 24, 1991 some mere 5 weeks prior and TBH was just starting to break world wide and we wouldn't loose Kurt for another 2.5 years (April 5, 1994 )

There are a slew of Nirvana concerts out there but for mine this ones the best capturing the band at the peak of their powers before drugs and stardom took their tole. They power through a blistering 19 song set that features heavily from 'Nevermind' with the highlight coming right the end with a 6 minute "Endless , Namesless" concluding with Kurt destroying his guitar and Krist playing Baseball with the wreckage

Tip 1: Listen to the album then watch the concert on YouTube ( search Nirvana Live at the Paramount Vevo and your good to go)

Tip 2: Track 10 is SLIVER .. S-L-I-V-E-R and not "Silver" , yes I'm looking at you BEA user Graham2 AND who ever signed off on the BEA track listing for this album , in fact Cobain wanted to create confusion as evidenced by this quote from the Cobain biography:
" Despite the straightforward lyrics, the song was given an intentionally confusing title, with Cobain explaining, "I had a feeling if I called it 'Sliver,' most people would call it 'Silver'

This is better than Live at Reading... This should be held up in the same vain as their MTV Unplugged album. Great mixing too, the instruments and vocals are well balanced.

Your feedback for Live At The Paramount