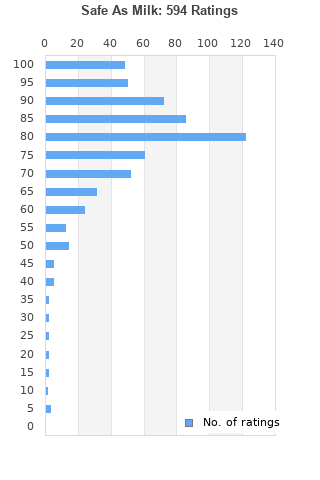 Safe As Milk is ranked 2nd best out of 29 albums by Captain Beefheart & His Magic Band on BestEverAlbums.com.

The best album by Captain Beefheart & His Magic Band is Trout Mask Replica which is ranked number 228 in the list of all-time albums with a total rank score of 8,261. 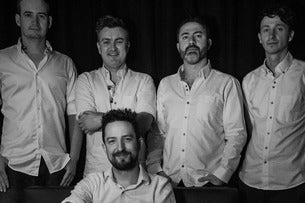 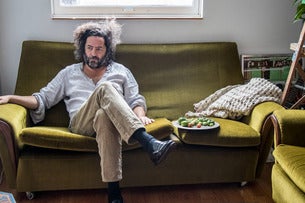 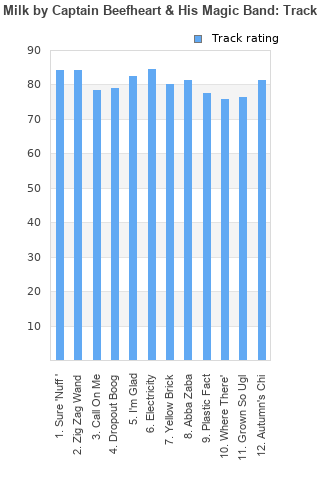 Rating metrics: Outliers can be removed when calculating a mean average to dampen the effects of ratings outside the normal distribution. This figure is provided as the trimmed mean. A high standard deviation can be legitimate, but can sometimes indicate 'gaming' is occurring. Consider a simplified example* of an item receiving ratings of 100, 50, & 0. The mean average rating would be 50. However, ratings of 55, 50 & 45 could also result in the same average. The second average might be more trusted because there is more consensus around a particular rating (a lower deviation).
(*In practice, some albums can have several thousand ratings)
This album is rated in the top 2% of all albums on BestEverAlbums.com. This album has a Bayesian average rating of 79.9/100, a mean average of 78.9/100, and a trimmed mean (excluding outliers) of 80.1/100. The standard deviation for this album is 15.7.

Quite inconsistent because of the commercial tracks which sound second rate, but the rockier tracks or more unconventional tracks like Zig Zag Wanderer, Dropout Boogie, Abba Zaba, Electricity and Autumn Child are perfect.

Not groundbreaking, but a very cool album.

Beefheart tries to be mainstream on a few tracks especially" So Sad" conjuring up a motown style doo wop ballad but somehow the weirdness always creeps in. His vocals are a lot of the time great. Lots of outrageous stuff in spite of some attempts to be commercial. Best tracks: Electricity, Safe as Milk, Abba Zabba, Autumn's Child. Ry Cooder provides some excellent blues guitar and that theremin!

Safe as Milk is easily the most accessible Beefheart album that's worth listening to, there's not really an experimental bone in its proverbial body. It's not a masterpiece, but it's actually really good. This album sounds a bit like Cream, a bit of early Mothers of Invention (specifically the first half of Freak Out!), a bit like The 13th Floor Elevators.

This is almost the ultimate border of creativity, only few steps below "Trout Mask Replica". Great album!

Captain Beefheart is a force to be reckoned with and his band is pretty good too. Beefheart's powerful vocals and Ry Cooder's inventive guitar work are particularly noteworthy. Some of the most raw and gritty music that I've heard and it can certainly rival anything of the era in that capacity. Incredibly creative piece of work. I love the theremin (thanks, Wikipedia).

Great mix of crazy and commercial.

Your feedback for Safe As Milk