Days Of Future Passed (studio album) by The Moody Blues 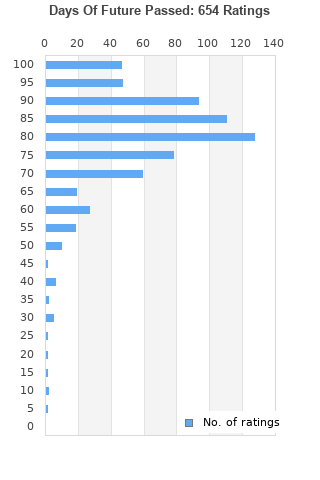 Days Of Future Passed is ranked as the best album by The Moody Blues. 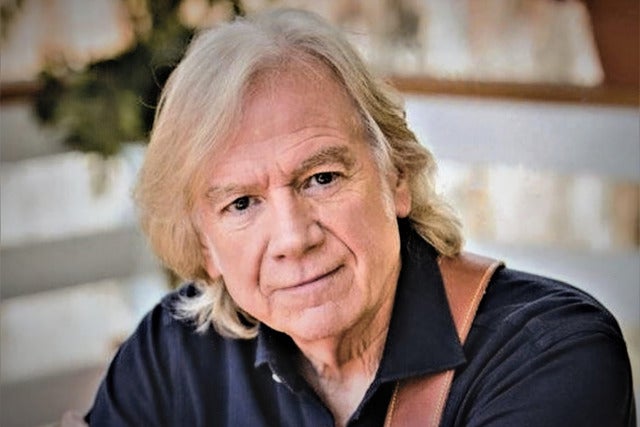 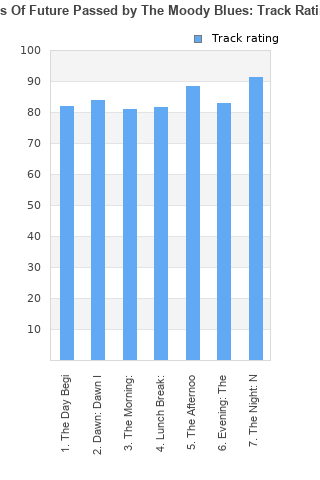 The Afternoon: Forever Afternoon (Tuesday?)/(Evening) Time To Get Away
Rating: 88 (155 votes)Comments:

Rating metrics: Outliers can be removed when calculating a mean average to dampen the effects of ratings outside the normal distribution. This figure is provided as the trimmed mean. A high standard deviation can be legitimate, but can sometimes indicate 'gaming' is occurring. Consider a simplified example* of an item receiving ratings of 100, 50, & 0. The mean average rating would be 50. However, ratings of 55, 50 & 45 could also result in the same average. The second average might be more trusted because there is more consensus around a particular rating (a lower deviation).
(*In practice, some albums can have several thousand ratings)
This album is rated in the top 2% of all albums on BestEverAlbums.com. This album has a Bayesian average rating of 80.3/100, a mean average of 79.3/100, and a trimmed mean (excluding outliers) of 80.4/100. The standard deviation for this album is 14.8.

Beautiful orchestrated music and I like especially last 3 tracks. They obviously influenced later progressive rock bands that I love like Yes, Pink Floyd and Genesis.

Superb album. The Moody Blues at their very best. This album is genuinely like a movie, it's so unique it's unheard of. It reminds me in some parts of Piper of the Gates of Dawn-esq Pink Floyd, however, I've definitely never heard anything quite like this. Very underrated.

Possibly the most unfairly forgotten albums in the last decades. Definitely one of the best albums ever.

One of the most unique rock albums of all time, if you can even call it a rock album. Focusing heavily on orchestration while still bringing in traditional "rock" instruments like the keyboards and drums, Days of Future Passed is a one-of-a-kind experience. You'll certainly enjoy it more if you have an appreciation for classical music going in, but anyone can learn to love this. In terms of baroque pop-style albums, I prefer this one to The Zombies' Odessey and Oracle.

The entire first side has good songwriting, but still is a little boring. The second side is great. Overall, a good album, but not perfect by any means.

Brilliant album. But if Sgt Pepper and Pet Sounds didn't exist, this doesn't exist. It is derivative of both, especially Sgt Pepper. Not just in the orchestration, but lyrically in the theme of living one day, and the growing towards a grand finale. That's not to say it's plagiarism by any means. It shows how much the bands of the 60s were learning from each other and growing. This is the best amalgamation up to this point of not just orchestra and rock and roll, but of many other genres as well. In musical complexity, it surpasses Sgt Pepper or Pet Sounds. But the pomposity that plagued the Moody Blues music starts to rear it's ugly head here and it's all not quite as assertive and exciting as Sgt Pepper. But it's pretty amazing.

I simple buy this album because of Nights in White Satin. But i recommend this to you. Very favorable and listenable.

Your feedback for Days Of Future Passed