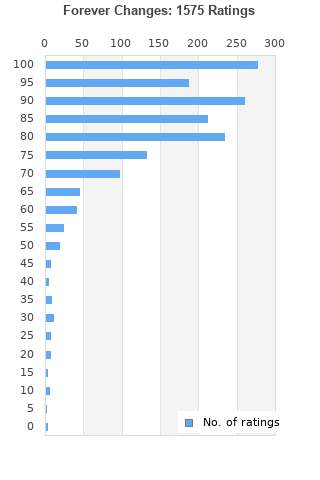 Complete Forever Changes Live
Condition: Brand New
Time left: 2h 1m 25s
Ships to: Worldwide
£13.29
Go to store
Product prices and availability are accurate as of the date indicated and are subject to change. Any price and availability information displayed on the linked website at the time of purchase will apply to the purchase of this product.  See full search results on eBay

Forever Changes is ranked as the best album by Love. 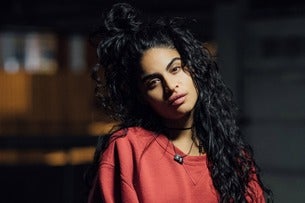 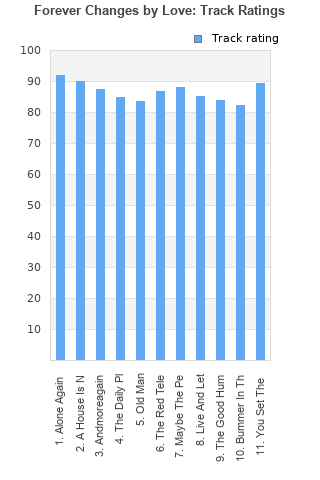 4
7.
Maybe The People Would Be The Times Or Between Clark And Hilldale
Rating: 89 (279 votes)Comments:

Rating metrics: Outliers can be removed when calculating a mean average to dampen the effects of ratings outside the normal distribution. This figure is provided as the trimmed mean. A high standard deviation can be legitimate, but can sometimes indicate 'gaming' is occurring. Consider a simplified example* of an item receiving ratings of 100, 50, & 0. The mean average rating would be 50. However, ratings of 55, 50 & 45 could also result in the same average. The second average might be more trusted because there is more consensus around a particular rating (a lower deviation).
(*In practice, some albums can have several thousand ratings)
This album is rated in the top 1% of all albums on BestEverAlbums.com. This album has a mean average rating of 83.0/100. The trimmed mean (excluding outliers) is 84.9/100. The standard deviation for this album is 15.7.

You Set the Scene, Maybe The People Would Be The Times Or Between Clark And Hilldale and The Good Humor Man He Sees Everything Like This are 3 of some of my favourite songs ever, and they're all on the same record. Everything else? Sensational. The only bummer isn't Bummer in the Summer, it's Old Man, which is a noticeable decrease in quality to the rest, only worth of a great album, not a masterpiece.

An album just as relevant in today's political climate as back then. Especially "The Red Telephone" whose themes about authoritarianism in America ring true more than ever today. The closing track is a wonderful reflection by a man who at the time believed he was going to die, and how he was accepting his impending doom.

Themes aside, this album is amazing sonically. The production is up there with a Beatles record, and the fusion of folk, rock, flamenco, and classical music is extremely unique and pulled off flawlessly.

Got turned on to Love in the early 80's. I never tire of listening to this album.

One of the greatest albums ever recorded

What can i say about this album more than Perfection?

Man this does not age. It gets better and better. Get the 45th anniversary vinyl. Sounds fantastic. Like with the truly great records it's track order is perfect and there's just a bit of magic there that you can't quite put your finger on. Incredible. Also house of many windows has the most stoned solo (1st one) I've ever heard. The 2nd sounds compos though ha.

Very overlooked awesome album in a quality year for music. A House Is Not A Motel is the best song on the album.

Every time I listen to this album, which is a lot, I find something new that reinforces my thought that this is one of the best albums of all time. Not a bad track to be heard anywhere. Light years ahead of its time. Arthur Lee just has to be the most creative artist that relatively few people have even heard of. Worth several listens.

A great album in all facets of music making. There aren't any bad songs and most of them are great themselves. It is expertly arranged and layered and the creativity is noticeable still, over 50 years later. There isn't really anything bad that I can say about this album other than it isn't completely perfect. The standout songs for me were "Alone Again Or", "A House Is Not a Motel", "Andmoreagain", "The Red Telephone", "You Set the Scene" and "Maybe The People Would Be The Times Or Between Clark And Hilldale" which is my favorite.

Your feedback for Forever Changes