Truth Of The World (studio album) by Evermore 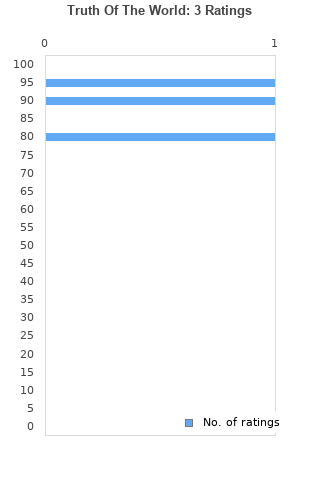 Evermore ‎– Truth Of The World: Welcome To The Show (Box C395)
Condition: Very Good
Time left: 7d 22h 17m 59s
Ships to: Worldwide
$14.95
Go to store
Product prices and availability are accurate as of the date indicated and are subject to change. Any price and availability information displayed on the linked website at the time of purchase will apply to the purchase of this product.  See full search results on eBay

Truth Of The World is ranked as the best album by Evermore. 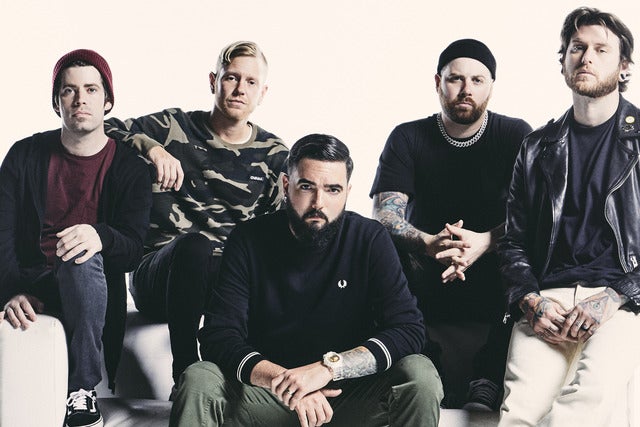 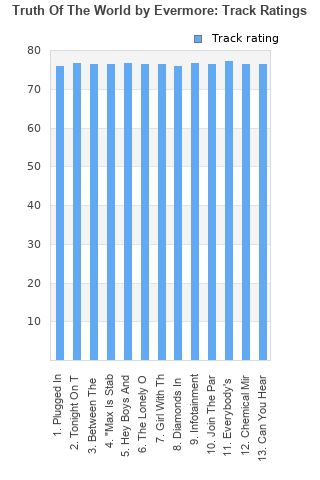 Truth Of The World rankings

Truth Of The World collection

Truth Of The World ratings

Truth Of The World favourites

Truth Of The World comments

A really great electronic rock album, swirling synth sounds, great rhythms and cool bass lines, great vocals.
Best played end to end, as it's a bit of a concept album (but don't let that put you off), with repeated motifs/themes weaving there way in. Of course, you can just dive in to hit track "Hey Boys and Girls" and "Can you Hear me" or "Between the lines" to get a taste of it

Your feedback for Truth Of The World